About the Head of Obstetrics and Gynaecology

Excellence in obstetrics  and caring for women and babies

Professor Wallace is also an Executive member of The Ritchie Centre, one of the world's leading research centres for perinatal and women’s health research. The Centre is a collaboration between Monash University, the Hudson Institute for Medical Research, and Monash Health. Within The Ritchie Centre, Professor Wallace leads a maternal and perinatal research group. His research is focused on preeclampsia, fetal development, cerebral palsy, stem cells and regenerative medicine, and patient safety. His publications can be accessed here or via the “find out more” link below.

From 2006 – 2016 Professor Wallace was Director of Women’s Program at Monash Health, Australia’s largest women’s health service. In December 2016 he stepped down as Program Director to take up the role of CEO, Safer Care Victoria, a new office for healthcare quality and safety improvement within the Victorian Department of Health and Human Services.

Professor Wallace established Australia's first guidelines on fetal surveillance and Fetal Surveillance Education Program, which are now in every hospital providing maternity care in the country. 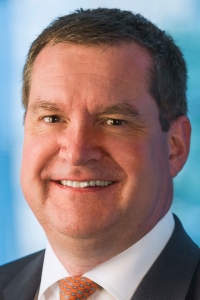