The success of the MClinEmb /GradFipRepSi course are due, to a large part, to the calibre of guest lecturers we have delivering the course content. All of our presenters are either academics with clinical backgrounds or currently have active clinical roles in IVF and fertility centres across Victoria, and many have internationally recognised careers. 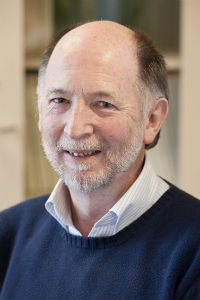 A/Prof Peter Temple-Smith is a zoologist by training and a reproductive biologist by discipline and research experience. He graduated in science, with a major in Zoology, from the University of Tasmania (BSc Hons) and completed a PhD in Zoology at the Australian National University, Canberra.

From the early 1980s to the mid-1990s, A/Prof Temple-Smith collaborated with Monash IVF to develop various techniques relating to severe forms of male infertility. He achieved international success for newly developed techniques, and in 1984 and 1991 he worked as a consultant for the World Health Organisation.

In 1988, A/Prof Temple-Smith co-founded and became Director of what would become the Education Program in Reproductive Biology (EPRD), and in 1997 he was appointed Director of Conservation and Research at Zoos holding  this position until 2004. During this time A/Prof Temple-Smith was appointed as a Professorial Fellow (Honorary) in the Department of Zoology at the University of Melbourne.  He has a continuing interest in the use of ART for improving the conservation of endangered species.

In 2005 A/Prof Temple-Smith returned to Monash University as Director of EPRD. He has published over 110 papers in peer-reviewed journals and was co-investigator in the sequencing of the platypus genome. Peter retains a strong interest in animal reproduction and current research interests include  sperm structure and function and manipulation of mammalian gametes, structure  and function of the epididymis, the use of induced pluripotent stem cells in  developing new tools for assisted reproduction of endangered species, and  control of fibrosis in wound healing.

For the past 20 years, Dr Sally Catt has been training and guiding Master and PhD students in all aspects of IVF, including cloning, transgenesis, ICSI, cryopreservation and embryo transfer and since 2006 has taken on a full-time education role as Coordinator of the Master of Clinical Embryology Course.

Dr Catt completed her first degree at Edinburgh University in 1983 and after working as a reproductive toxicologist, she took her first job as an embryologist at Bourn Hall, Cambridge UK, training under Mr. Patrick Steptoe and Professor Bob Edwards, and after that specialising in the commercialisation of cattle IVF.

Dr Catt’s work in domestic species l IVF has seen her move Cambridge to New Zealand and then to to the University of Sydney, where she initially set up a domestic and laboratory species IVF facility; and then took on a Meat Research Corporation Junior Fellowship allowing her to complete a PhD evaluating the feasibility and commercial practicality of producing lambs following X and Y sperm separation by flow cytometry using in vivo and in vitro methodologies.

Dr Catt returned to the clinical IVF field working as an embryologist at Fertility First, Sydney and later as a Research embryologist at Sydney IVF (now Genea). In 2004, she joined Dr Helen Picton in Leeds University, UK as a Research Fellow studying the growth of ovine pre-antral follicles and the subsequent maturation and fertilisation of their oocytes.

In 2009 Dr Catt became the Education Co-ordinator within SIRT and is also a member of the “Victorian Assisted Reproductive Treatment Authority Public Education Reference Group”. She also consults for clinics in Australia and Asia.

Dr Mulyoto Pangestu obtained his first degree in Animal Husbandry majoring in Animal Reproduction from Jenderal Soedirman University, Indonesia. He was then appointed as a lecturer in Reproductive Physiology in the same faculty.

In 1993, Dr Pangestu received an Australian Government Scholarship (AIDAB) for PostGraduate study in Australia. First he took the Graduate Diploma in Agricultural Science at Melbourne University then Master in Reproductive Sciences at Monash University. He was conducting his research on in vitro production of bovine embryos and cryopreservation, under supervision of Dr Jill Shaw and Dr Ian Lewis, at the Centre for Early Human Development.

In 1995 Dr Pangestu went back to Indonesia and was involved in IVF at Permata Hati Infertility Clinic in Jogyakarta, while he also remained as a lecturer at Jenderal Soedirman University. In 1998 he received another scholarship from the Asian Development Bank to continue his doctoral study and completed his PhD with Dr Jill Shaw and Dr Orly Lacham-Kaplan on dry storage of biological material. During his PhD study Dr Pangestu was also working as a research embryologist on human oocyte vitrification with Dr Lilia Kuleshova, in 1999-2000. In 2000 he won a Gold Award of Asia- Pacific Young Inventors sponsored by Hewlett Packard and the Far Eastern Economic review for his research on sperm dry storage, which was then known as evaporative drying. Dr Pangestu completed his PhD in 2002, then worked as a research fellow at Monash Institute of Reproduction and Development.

Dr Pangestu has been involved with Master in Clinical Embryology since 2001, first as a lab demonstrator for micromanipulation and then as Unit Coordinator in 2003. In 2005 he was appointed as Laboratory Manager and Practical Coordinator for the MCE. Dr Pangestu is also involved in running EPRDs short course and workshop program both in house and overseas. Mulyoto helps to set up new IVF clinics in Indonesia and is consultant for four clinics in Indonesia, Cook Medical and Vitrolife. He also holds a lecturer position in Indonesia where he teaches and conducts workshops in the field of IVF.

Dr Kiri Beilby is currently the Course Coordinator for the Graduate Diploma of Reproductive Science & a Unit Coordinator for the Masters of Clinical Embryology at Monash University. She graduated from The University of Sydney with a PhD in Animal Reproduction & Genetics, followed by a Grad. Dip. in science communication at The Australian National University. Until recently, Dr Beilby was the Head of Medical Marketing for a global leader in medical device development for human assisted reproduction, and was living in Copenhagen. Her varied research interests cover the in vitro maturation of oocytes, the ethical application of commercial assisted reproduction in society, and using play & design theory to create stronger, more productive teams of scientists.

Dr Beilby was recently selected to join the Homeward Bound Project, an initiative that aims to heighten the influence and impact of women with a scientific background in order to influence policy and decision making as it shapes our planet. She is a Director for the Australian Society for Medical Research (ASMR) and is on the Executive Committee for Scientists in Reproductive Technology (SIRT). Kiri is an advocate for women in leadership; is passionate about public health; and believes that good education is a driving force behind a better community, society and planet. That aside, she likes cat videos on YouTube, climbing mountains, cycling to work, and sipping gin, just to name a few character defining hobbies.

Dr Penny Chen completed her MBBS Degree in 1987, graduating from the Shanghai Second Medical University and practised medicine in China before moved to Australia. In 2005 Penny also completed her Master of Clinical Embryology at Monash University.

Since joined the department of Education Programme in Reproductive and Development (EPRD) in 2008, Dr Chen has been working as a Practical units Coordinator which involves teaching and running the Master of clinical Embryology laboratories and two practical unit coordination. She developed a pair learning program of ICSI training.

Dr Chen is one of the core members in the management, teaching and research of the Masters of Clinical Embryology as well as in associated local and International workshops.  As an education focused academic staff, she also has supervised many research projects for Master of Clinical Embryology, and support and joined researches with Hudson Institute of Medical Research and School of Clinical Sciences at Monash Health as well as external researches.

With her multi skills of management, Dr Chen manages EPRD administrations include Admissions and enrolment through Callista and UniCRM, as well as Moodle, Echo360.  She is the first contact for all students’ administrative matters in department of EPRD.

Dr Chen has twice received the Quiet Achiever Award from the School of Clinical Sciences at Monash Health in 2009 and 2013.

Dr Duc Huynh graduated with a Doctor of Medicine degree in 2012 from Pham Ngoc Thach University of Medicine, Ho Chi Minh city, Vietnam where he then worked clinically. In 2015, He completed the Master of Clinical Embryology (MCE) at Monash University, Australia and has been a practical tutor for the MCE program and a trainer of the EPRD’s workshops since graduating. Dr Huynh has become an invaluable and integral member of the EPRD team, introducing new technology and training methods.

Dr Huynh has been involved in re-writing the MCE training and procedures manual and has particularly advanced the EPRDs reputation in micromanipulation training such as Intracytoplasmic Sperm Injection (ICSI) and embryo biopsy. He has a unique approach to teaching which has been recognised favourably not only by MCE students but also by all our professional workshop participants. In 2018, Dr Huynh was involved to provide new teaching methods particularly recording pre-class teaching videos and post class feedback and online quizzes to optimise knowledge transfer.

Dr Huynh has been a practical coordinator in the Master of Clinical Embryology degree and coordination of short course and workshops offered to professionals working the IVF industry since 2019. He has international collaborations with IVF Clinics in Vietnam, Indonesia, Thailand, Hong Kong, India and can aid in the placement of students in ART clinics in these countries. Also he has collaborated to organise workshops for commercial companies related to IVF industry (Cook Medical, Vitrolife, ESCO Medical, Hamilton Thorne) for Australian and oversea embryologists. 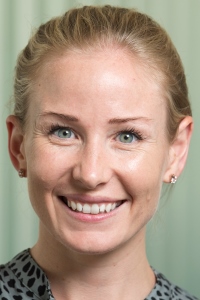 Dr Emma Lingham graduated as Dux from the Master of Clinical Embryology in 2012 and has trained and worked as a clinical embryologist since her graduation. In 2014, she won a joint tender to create an Embryology Training manual and logbook for embryologists and andrologists in Australia and New Zealand commissioned by Scientists in Reproductive Technology (SIRT) a sub-group representing the scientific membership of The Fertility Society of Australia. Dr Lingham became a committee member for SIRT in 2017 and has initiated and coordinated many educational meetings and conferences within the Australian embryology community.

Dr Lingham’s strength in design and delivery of educational material has been apparent since her study days. In 2018, she took on teaching in the practical units and lecturing, with the aim of using her experience to enhance the transition for students from post-graduate study into IVF clinics. Dr Lingham was heavily involved in the course restructure for 2019 and is responsible for much of the new educational material. Emma has taken on further unit coordination for both practical and theoretical units this year, and continues to create and design educational resources for MCE.