Exhibitions, conferences and concerts in 2015

Launch of ‘Indonesia’s Malay Arts: An Exhibition, with Special Reference to the Riau Islands’, held in conjunction with the 'Second International Symposium on the Malay Musical Arts of Indonesia’s Riau Islands’. The launch included performances of music and dance by artists from the Riau Islands. 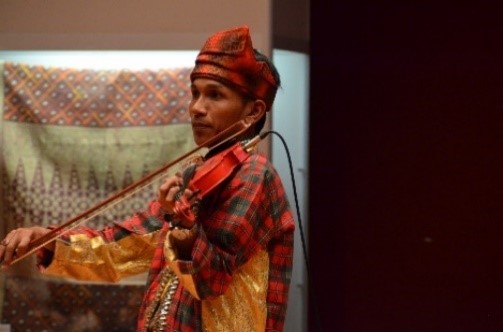 Launch of the Exhibition of Wayang Kulit and the story (in photographs) of the Gamelan Digul, presented as part of the celebrations of the 50th Anniversary of the Sir Zelman Cowen School of Music. The Launch included a Balinese dance, and a Javanese shadow-puppet performance by guest puppet-master Ki Joko Susilo from the University of Otago, accompanied by the School of Music’s gamelan