Research material in MAMU can be grouped into a number of different media categories:

Print media – collected in the field or donated (including theses; scores and sheet music; slides and photographs; memorabilia such as scrapbooks, diaries and maps; publications such as newspaper cuttings, pamphlets, journals and books)

Rare musical instruments (including rare, fragile and/or historical instruments and orchestras or ensembles from Indonesia, Thailand, Malaysia, India, the Philippines, Vietnam, China, Japan and more, collected and documented for use in study, research, performance and exhibition projects, as well as for their heritage value)

MAMU special collections include the Collection of Indonesian Music and Artefacts (CIMA) and the Australian Archive of Jewish Music (AAJM).

Browse through our digitised collection of early Australian music scores from the colonial period through the mid-20th century, as well as a one-of-a-kind MAMU publications.

View MAMU's growing digitised collection, as we endeavour to give researchers worldwide better access to our holdings of musical items and artefacts. 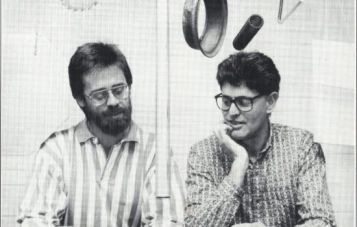 Explore this eclectic collection of books and music donated by Jeff Pressing (pictured left), as well the as John Whiteoak collection (pictured right). MAMU has a number of collections which feature South Asian music and culture. Explore items from the Rajah Sourindra Mohun Tagore and John Barlow collections. (pictured)