MAMU has a number of collections which feature South Asian music and culture. The Louise Lightfoot Collection contains information and artefacts on traditional Indian dance; the Raja Sourindra Mohun Tagore Collection includes 19th century Hindustani instruments; and the Jon Barlow Collection has a series of musical instruments including Hindustani sarods. 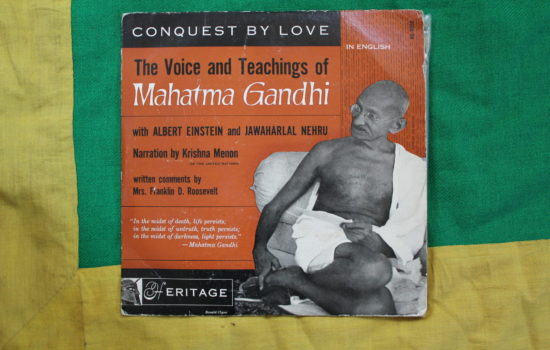 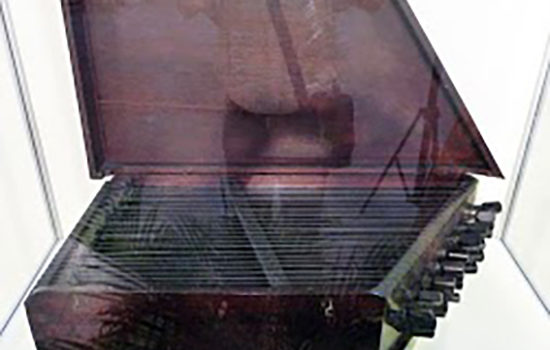 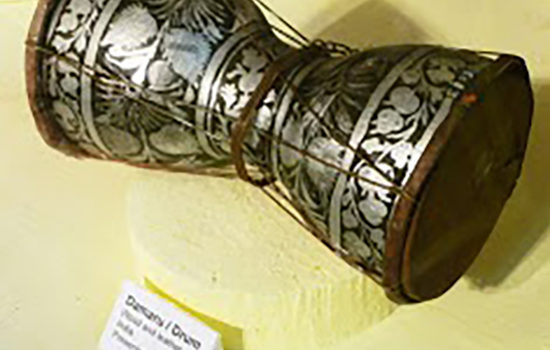 South Asian Scholars/Artists are regularly invited to visit or teach at Monash School of Music, the longest serving of whom was the late Ashok Roy in the 1970s and 1980s. Raja Sourindra Mohun Tagore or Sourindro Mohun Tagore CIE was an Indian musicologist who came from an upper-class family of Bengal. In the late 19th century, the composer and musical innovator donated sets of rare Indian musical instruments to leading cultural and musical institutions around the world. Raja Sourindra Mohan Tagore donated a set of approximately 30 Indian instruments for the opening of Melbourne's Exhibition Building in the late 1800s after which they became the property of The National Gallery of Victoria. Since 1988, the Tagore Collection has resided in MAMU on 'permanent loan' and includes Hindustani, folk and hybrid instruments made in Kolkata which are now obscure or obsolete – as well as some experimental models. Dr Adrian McNeil, Senior Lecturer in Ethnomusicology and Indian music specialist at Monash University, researched the instruments as a graduate student at Monash in preparation for a display of the Collection at the 1988 Symposium of the International Musicological Society (SIMS). 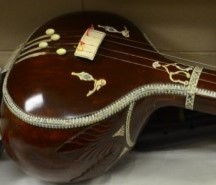 Jon Barlow is an Australian musician, music theorist and collector who has specialised in Indian Classical Music since the late 1960s. After first visiting India in 1968, he went on to build his own instruments, as well as collecting rare and valuable sarods – some of which he commissioned himself from local craftsmen. In 2014 he donated his collection of Hindustani musical instruments to MAMU.