The majority of MAMU’s holdings have been categorised according to geographic provenance. This approach does not apply to the Jazz and Popular Arts field because it transcends geographic boundary. In that field, classification is based on musical style. ‘Jazz and popular music’ is virtually a world-wide phenomenon thanks to technological advances in global media, and has seeped into the repertoires of countless cultures either as new music or as varying degrees of modification to traditional music. The reason for establishing a distinct category lies in the donations MAMU has received. The Jeff Pressing Collection has Jazz and the art of Improvisation as its core. Similarly, the John Whiteoak Collection covers Jazz and Popular music in Australia and further afield. 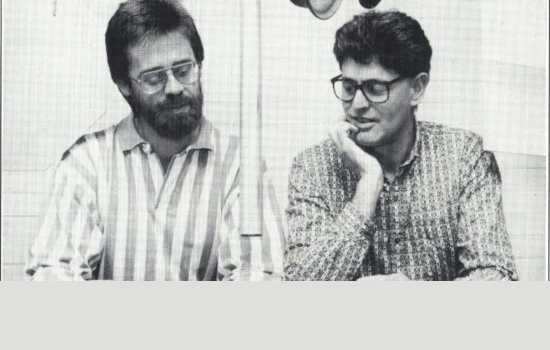 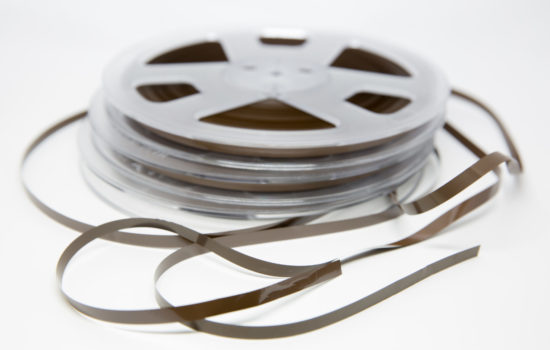 Dr Jeff Pressing (1946-2002) was an America-born polymath and long-term Senior Lecturer in the Department of Music at Latrobe University in Melbourne. His widow Professor Gillian Wigglesworth, who was looking for a repository worthy of the library of materials he had collected, donated it all to MAMU at the recommendation of Adjunct Professor John Whiteoak. The collection encompasses not only a wide range of music theory books, many bound (published) jazz and classical instructors, and a variety of scores (some very rare) that reflect Jeff’s eclectic musical interests, but also an array of books on mathematics, physics and chemistry that reveal his passion for science.

Following a Fulbright Fellowship in Munich, a PhD in physical chemistry at University of California and ethnomusicological fieldwork in West Africa, Dr Jeff Pressing established his particularly rigorous and influential ethnomusicology-based Jazz Research course at La Trobe University in the late 1970s. In addition to being a significant figure in Australian music education, Jeff was a jazz pianist, multi-instrumentalist, composer, scientist and pioneer of world music in Australia, and was remarkably productive across many fields of music and music/science crossover. His love of improvisation and his experimental research into improvisation and composition (utilising digital technology and higher mathematics) led him to the study of psychological processes in creativity and to write many influential journal articles on the subject. His book Compositions for Improvisers, included in his collection, is regarded as an essential text for students of improvisation.

Adjunct Professor John Whiteoak, has been contributing archival and other materials to MAMU since the late 1990s from his own collecting activities and his historical research into music, dance and associated culture in Australia. These materials include archival recordings, sheet-music and books and also some of his own academic publications of relevance to MAMU.

His research and writings embrace a very wide spectrum of musical creativity and performance in Australia from, for example, early colonial minstrel show music to experimental music-theatre, post-War commercial Italian-Australian popular music and later flamenco-fusion. John trained as a concert accordionist at the British College of Accordionists, London, and played in migrant-led Melbourne cabaret bands on returning to Australia in the 1960s. But he has performed in many other professional and other contexts as a brass player and pianist and even as a bass singer in Melbourne’s Astra Choir.

His career as an academic writer began in the late 1980s when he was awarded a La Trobe University PhD scholarship to research a history of improvisatory music in Australia. A version of this research was published in 1999 by Currency Press, Sydney, as Playing Ad Lib: Improvisatory Music in Australia, 1836-1970, and he has since produced about 150 small to large publications. Major long-term projects have included The Keith Humble Collection Catalogue (which formed the basis of Papers of Keith Humble, 1927-1995 – MS 9402, National Library of Australia) and the Currency Companion to Music and Dance in Australia (Currency House, Sydney, 2003), for which he was co-conceiver and co-General Editor (with Aline Scott-Maxwell) and the major article contributor. His most recent large-scale project, the monograph “Take Me To Spain”, Australian Imaginings of Spain Through Music and Dance (1820s to 1970s) was published by Lyrebird Press in 2019.