This repository features a diverse range of material including Aboriginal, concert hall and popular musical arts, as well as a digitised collection of Australian sheet music. A special mention must also be made of the Australian Women in Music Collection which draws together material from around the world. 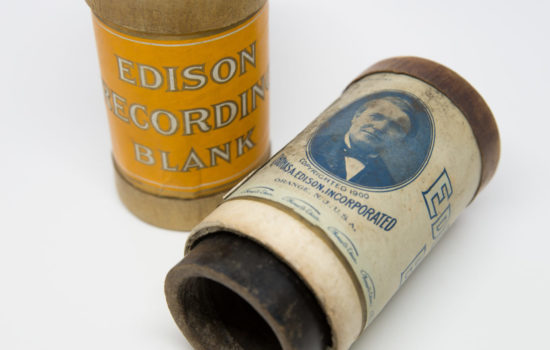 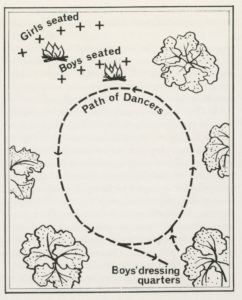 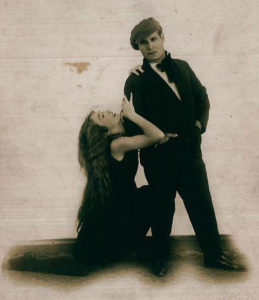 MAMU contains several Australian Aboriginal musical instruments, including two yiraki/didjeridu, two sets of clapsticks and a bullroarer. The Archive also holds a number of related books including The Australian Aboriginal Heritage: An Introduction through the Arts. This impressive illustrated volume, edited by R. M. Berndt and E.S. Phillips and published in Sydney by Ure Smith in 1973, has chapters by Monash Music Department's former Senior Research Fellow, Dr Alice Moyle AM, and by Professor Trevor Jones and Professor Margaret Kartomi, both former heads of Monash Music. The book comes with a set of slides. Through the efforts of Dr Alice Moyle, a set of wax cylinder recordings of Aboriginal Music was gifted to MAMU in 1973. Research publications, however, form a major part of MAMU’s Australian Aboriginal Collection and include articles and chapters by Margaret Kartomi on Pitjantjara children's and women's music based on recordings from her fieldtrip to the Pitjantjara camp at Yalata on the Nullarbor Plain in South Australia in 1969 with Monash anthropologist Isobel Mary (affectionately known as Sally) White. MAMU also holds Dr Jill Stubington's reel-to-reel tape recordings of Yolngu music in Northeast Arnhem Land in the late 1970s, and Robin Ryan’s recordings of and PhD thesis on Aboriginal gumleaf music played by Herb Patten.

In 2018 MAMU presented a small exhibition titled "Tracking the Songlines of the Seven Sisters Legend of the Pitjantjara area on the Nullarbor Plain in South Australia." It included the book titled Songlines: Tracking the Seven Sisters (National Library of Australia, 2017), and Margaret Kartomi's field data and publication on the songs and storytelling sessions by a Pitjantjara elder at Yalata in 1969.

The Australian Archive of Jewish Music

The AAJM is the only archive in the world concerned exclusively with sound, visual and bibliographic materials on the musical cultures of Jewish communities and individuals in Australia and South, East and Southeast Asia. Find out more about this special collection within MAMU

Doreen Nayman was a Melbourne-based music educator who specialised in the Kodaly Method. She was a long-time presenter on 3MBS including the Women in Music series. She was a member of the Australian Women Composers Network and also supported work by Jewish-Australian composers.

Vera Bradford was an Australian pianist who began her career in the early 20th century. A close friend and colleague of Percy Grainger, Bradford made a point of performing repertoire deemed too difficult for female pianists.

Louise Lightfoot was the co-founder of the First Australian Ballet and later became interested in classical Indian dance. She conducted extensive field work on ethno-choreology in India and went on to work as a producer and tour manager for Indian dancers performing in Australia and the USA. As a white woman touring with Indian performers, including in segregated areas of the United States, her collection contains valuable insights into 20th century race relations.

The Kay Dreyfus collection includes the research material for her 1999 book, Sweethearts of Rhythm: The Story of Australia’s All-Girl Bands and Orchestras to the End of the Second World War (Currency Press).