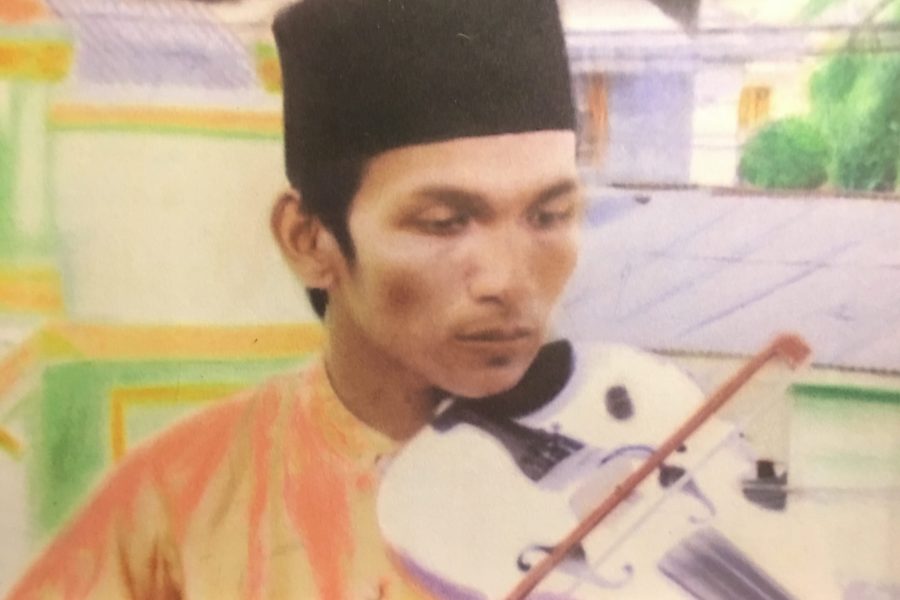 Monash Indonesianist, and theatre and music scholar, Dr Karen Thomas and film editor Salvatore Rossano’s short film on the music of Indonesia’s Riau Islands featured at the 2018 Ethnografilm Festival in Paris, France earlier this month. The film was screened by an audience of around 120, with a Q and A session and critical discussion of the film following. The multi-award-winning short film “The Biola of the Riau Islands” was selected for public screening at the festival on 6 April 2018. This is the first ever short film on the violin (biola) music of Indonesia's Riau Islands in the South China Sea. It contains original footage showing the beauty of the islands, the people, the musicians and the various performing arts still largely unknown in the rest of the world. The poster advertising the film, prepared by senior high school students in Louisiana, shows the brilliant young biola player Adi Lingkepin, who prefers just to be known as Adi, improvising on his instrument.

In its fifth year, Ethnografilm is an annual festival held in April in the Montmartre district to celebrate the art and science of non-fiction filmmaking and promote the field of video ethnography, serving as a showcase for work and forum for dialog between independent and academic documentary filmmakers. Featuring over 100 works by documentary and academic filmmakers, the motto of this year's festival was “Understanding the social world through film”.

The term ‘ethnografilm' was coined by sociologist and documentary filmmaker Greg Scott. Originally, an “ethnografilm” is one in which the rhetorical structure emerges from systematically collected ethnographic audiovisual data.  However, the use of the term has expanded to include a broad variety of documentaries, including historical films, that have as their main purpose the systematic understanding of the social world.

Karen Thomas is a Research Fellow and Salvatore Rossano is an Adjunct Research Fellow in the Music Archive of Monash University (MAMU) of the Sir Zelman Cowen School of Music.