What clinical challenges are associated with diagnosing and managing work-related mental health conditions? A qualitative study in general practice.

Do Health Service Use and Return-to-Work Outcomes Differ with GPs' Injured-Worker Caseload?

Return to work (RTW) is important for recovery  post-injury. Fear of (re)injury is a strong predictor of delayed RTW, and therefore much attention has been  given to addressing injured workers’ fear beliefs.  However, RTW is a socially-negotiated process and it may be important to  consider the wider social context of the injured worker, including the beliefs  of the key people involved in their RTW journey. This paper involves data  collected as part of a wider study in which semi-structured interviews explored  RTW from the perspectives of 93 key stakeholders: injured workers, GPs,  employers and insurance case managers in Victoria, Australia. Our findings  illustrate the need for a contextualised perspective of fear avoidance and RTW  behaviour that includes the beliefs of other important people surrounding the  injured worker (e.g. employers, family members, GPs).

Road traffic crashes result in a range of physical and psychological symptoms. This study explored the knowledge, attitudes and practices of Australian general practitioners (GPs) in caring for people following road traffic crashes, specifically whiplash associated disorders (WAD) and post-traumatic stress disorder (PTSD). A survey was conducted with 423 GPs from around Australia.
GPs had a good level of knowledge of WAD and PTSD in general, however they had encountered trouble with understanding imaging indicators for WAD and knowing when to refer patients with PTSD for psychological treatment. Most GPs would like to receive further training about managing road traffic crash injury.

The objective of this study was to examine what health services were used the most in the 12 months after a work related injury. The investigators used zero-inflated negative binomial and logistic regressions for major health care services that were accessed in the 12 months following an injury. Physiotherapists were used more by workers who had sustained musculoskeletal disorders, back pain and fractures, while psychological services were used more by workers who had sustained mental health conditions. Workers who were undertaking alternate duties following their injury were likely to visit GPs, pharmacy and physiotherapy services.
Next steps: This study will inform future work about optimising health services for injured workers. 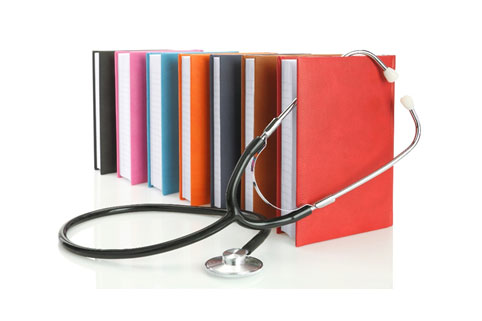 In 2013 the two statutory injury compensation authorities in Victoria, Australia, WorkSafe Victoria (WSV) and the Transport Accident Commission (TAC), redesigned their sickness certificates to focus on capacity. The aim of this study was to evaluate whether the new draft certificate was usable and whether the revised content and structure were appropriate. Four key stakeholder groups – GPs, injured workers, employers and compensation agents - participated in either individual interviews or a focus group discussion.  All stakeholders said that the new certificate was an improvement on the previous certificate however groups differed in their understanding about the purpose of the certificate. All stakeholders wanted more information about mental health assessment to be included in the certificate and most stakeholders wanted the certificate to be available electronically.