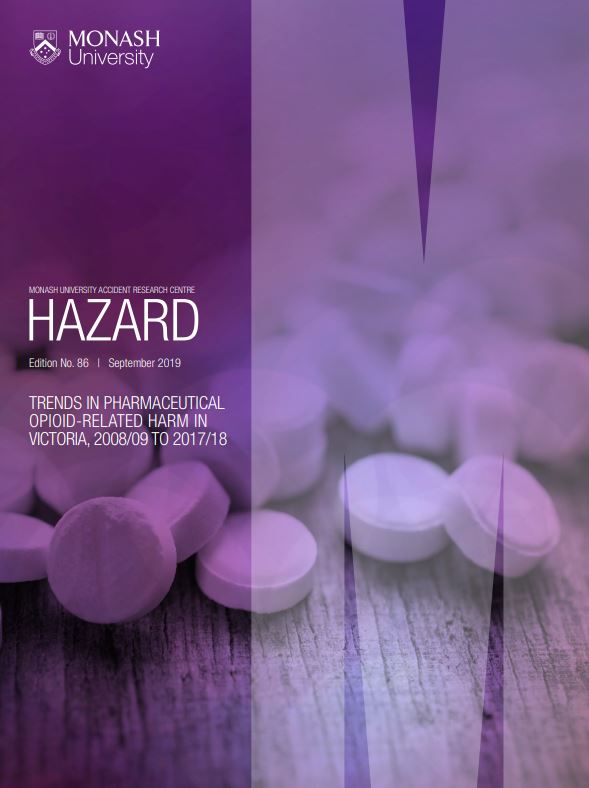 A growing number of Victorians are presenting to emergency departments due to pharmaceutical opioid-related harm, according to new data released by the Monash University Accident Research Centre (MUARC).

The latest edition of Hazard, a report published by MUARC’s Victorian Injury Surveillance Unit (VISU), shows that opioid-related emergency department (ED) presentations increased annually by an average of 3.1% during the 10-year period of 2008/09 to 2017/18.

The trend was most pronounced among males aged 45-54-years, with an average annual increase of 7.9%.

While pharmaceutical opioids are used for pain relief, the medicines can cause euphoria, dependence and, in the case of overdose, fatal respiratory suppression.

During this three-year-period, there were 2,618 ED presentations relating to opioids. The most common opioid types were codeine and oxycodone, followed by tramadol.

There were also 3,946 hospital admissions during the same period, an average of 1,315 per year. Females (61.9%) were more likely than males (38.1%) to be admitted to hospital for opioid-related poisoning.

In the two-year period for which costs were available (2015/16-2016/17), the direct costs for pharmaceutical opioid related hospital admissions totalled $16.35 million.

Several recommendations are made for the prevention of opioid harm. The report suggests the increased availability of overdose “reversal” drug naloxone may help reduce fatalities, and calls for the consideration of place-based approaches to self-harm prevention that targets identified risk groups such as young women and middle-aged men.