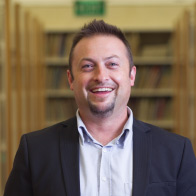 Dr Jared Thomas is a Nukunu person of the Southern Flinders Ranges. He currently works as Arts Development Officer, Aboriginal and Torres Strait Islander Arts, Arts South Australia and prior to this was a lecturer at the David Unaipon College of Indigenous Education and Research, the University of South Australia where he is now an adjunct lecturer. Jared’s play ‘Flash Red Ford’ toured Uganda and Kenya in 1999 and his play ‘Love, Land and Money’ featured during the 2002 Adelaide Fringe Festival.

Jared’s young adult novel ‘Sweet Guy’ was short listed for the 2009 South Australian People’s Choice Awards for Literature and his children’s novel ‘Dallas Davis, the Scientist and the City Kids’ is published in the Oxford University Press ‘Yarning Strong’ series. His novel ‘Calypso Summer’ was a winner of the 2013 State Library of Queensland Black&Write Fellowship and received an International Youth Library White Raven label in 2015.

Jared’s Novel ‘Songs that Sound Like Blood,’ will be released at the 2016 Melbourne Writers Festival.