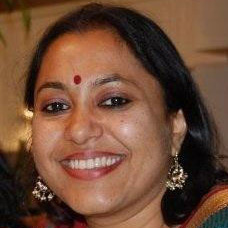 Mridula Nath Chakraborty is the LITERARY COMMONS! Program Convenor and is currently Acting Director of the Monash Asia Institute. Previously she was lecturer in postcolonial theory at the University of Western Sydney and teaches/publishes on literatures of the subcontinent, in English and in translation, on issues of identity politics, multiculturalism and Bombay cinema.

Her latest edited collection of essays, Being Bengali: at home and in the world (Routledge 2013), is an enquiry into the socio-intellectual history of this eclectic linguistic group from Eastern India and Bangladesh.

She has co-edited A Treasury of Bangla Stories (Srishti 1999) and her translations have appeared widely. She is the recipient of an AK Ramanujan Award for the most felicitous translations from two Indian languages, Bangla and Hindi, into English.