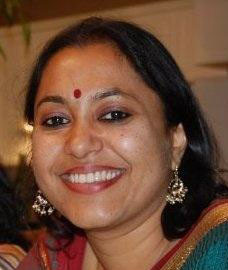 Aboriginal and Torres Straits Islander writing resonates deeply with regional language (bhasha) and Dalit literature from the Indian subcontinent. The Dalit (formerly known as the Untouchables) literary renaissance has been one of the most significant developments in India in the last three decades, but has, surprisingly, not gained much exposure outside the country.

While Indian writing in English has had spectacular success around the world, very little is known abroad about the 22 (and counting!) regional languages with their thriving literary traditions. These regional language or bhasha literatures, deeply influential in their own constituencies, tap into the heart of the ‘real’ India, where forces of globalisation are in lively contestation with older and continuing traditions.

Similarly, Aboriginal and Torres Straits Islander writing is one of the best kept-secrets of Australian literature, where the sheer diversity of expression belies the fact that it emanates from a people displaced by relentless incursions into their land-and-mind-scapes. Denuded of their very own languages that give voice to the subalterns, First Nations/Indigenous writing in the last three decades has nevertheless seen a remarkable efflorescence: poetry, prose fiction and non-fiction, young adult fiction, children’s stories, memoirs, graphic novels, chick-lit, science fiction, paranormal romance, comedy: you name it! No wonder then that Indigenous Australian and Indian Dalit writing have much to offer to each other: inspiration, innovation and interest.

In the Australian summer/Indian winter of 2014-2015, a dozen unique Australian writers visited India at a series of literary festivals and engage with audiences at schools, colleges and other public spaces. At these special creative venues, they initiated conversations to have their work translated into regional Indian languages.

It is vital that Australian writing engage with the Indian bhasha literary sphere in order to reach out to the vast majority of Indians who do not read in English, but in their own languages. In addition, the move towards online and digital publishing in India has opened up new, hybrid forms for storytellers from otherwise disenfranchised backgrounds, to allow for exciting experimentation and transmedia expression. Aboriginal and Torres Straits Islander writing offers precisely the path through which impactful inroads may be made into the vast Indian subcontinental scene.

In the Indian spring/Australian autumn of 2015, we hope to return the legendary Indian hospitality and invite bhasha and Dalit writers to Australia to engage with our reading and writing networks, audiences and communities. When only one or two Indian writers are invited to Australian Writers’ Festival, and that too only those who are fluent in English and who possess a kind of global metropolitan ease, Australia misses a great opportunity to engage with the complex, contentious and contradictory aspects of contemporary Indian culture. Also, reciprocity and respect are key in developing long-term relationships for projects of this size and scope.

One key factor to keep in mind here is that while the Indian literary scene is extremely vibrant, with established publishing houses and new international entrants, with innumerable literary publications and online journals, with at least 10 international free-to-the-public literary festivals, with not-for-profit, non-commercial and volunteer-run residencies and translation programs and review fora, it is still not shackled by the exigencies of what is called the ‘creative industries’ in the West. In spite of the inherent contradiction of a poor country having entered a globalised market economy, India’s high-octane energy in the literary scene comes not from any industrialised or instrumentalist view of culture, but from an imaginative and innovative cohort of intellectuals and creative people who want to ‘make a difference’: this is where the synergy between Indigenous talents in both countries is a electric field that remains to be mapped and measured.

LITERARY COMMONS! offers a timely, and necessary, point of entry into the Indian literary landscape (the word ‘market’ does not capture the exciting possibilities of this sphere). For Australia, this interaction and exchange will lead to the creation of new work through translations in bhasha literatures and in the English publishing scene via Indian imprints/editions of Australian texts. For India, this will initiate the slow and painstaking work of creating and developing Australian audiences for the very special category of bhasha/Dalit writing, so as to offer an insight into the complexity and diversity of Indian literatures. Such cross-cultural undertakings are critical for mutual understanding, strategic capacity building, creative regeneration and the genesis of new knowledges and new cultural works.

As we walk towards each other in this Asian century, it will become increasingly important for Australia and India to listen very carefully not only to conversations taking place in the mainstream, but also to what is happening in the underground and the periphery, at the real cutting edge of creativity. What are we saying to each other, what are we saying amongst ourselves, what we see when we look into the mirror that is the other: these are some of the questions that animate the Literary Commons!

Come, join us in this journey!