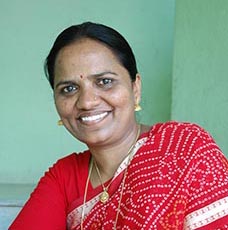 Joopaka Subhadra is a powerful Dalit woman writer who has written poems and short stories that bring out the lives and conditions of the Dalits, and more specifically Dalit women.  Many of her stories are drawn from her own experiences.  This is what makes her stories so compelling, convincing and disturbing.

The collection, Rayakka Manyam contains vignettes of different aspects of Dalits.  We are exposed to the cruelties of the system, be it on the life of the Dakkalis, or of the Madigas, or of the people in the villages, or of the uneducated, or of the educated, or of the government employee.  Subhadra attacks the corporate hospitals and the doctors who have no compassion, and the social welfare hostels which care not for the welfare of the girls but put them through cruel tests.  At a time when Telangana is celebrating, “Bautkamma” as a State festival, Subhadra questions what it means to the Dalits.  Now, when we are debating issues relating to food habits, Subhadra’s story on her vegetarian colleagues becomes all the more intriguing.  Subhadra comes up with a very interesting story on the use of Telugu language.  These and many more make up her collection of short stories.

Subhadra has a poetry collection, Ayyayyo Dammakka… apart from her short story collection.  She has also written political essays, book reviews, songs and journalistic pieces.  She has contributed a column to a well-known feminist journal, Bhoomika.  She has co-edited Nalla Regadi Sallu (a collection of Madiga women’s stories) and Kaitunakala Dandem (Madiga poems), both of which have impacted the Telugu literary scene.  She has translated the well-known Tamil Dalit woman writer, Bama’s Sangati into Telugu (via the English translation).

She is an activist and has been instrumental in establishing Mattipoolu (SC, ST, BC and Minority) Women Writers’ Forum.