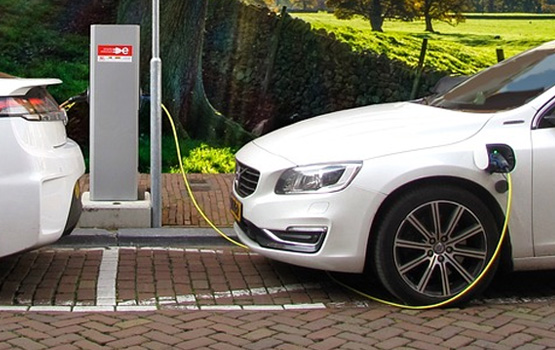 The increase of electric and hybrid cars on Australian roads is putting pedestrians at significant risk, particularly people who are blind or have low vision, new research has found.

A report by Vision Australia and Monash University Accident Research Centre (MUARC) reveals 35% of people who are blind or have low vision surveyed had either a collision or near-collision with an electric or hybrid vehicle.

Each year, it is estimated that the number of electric vehicles purchased will grow and by 2050, they will make up 90% of the entire vehicle fleet.

Vision Australia general manager government relations and advocacy Karen Knight said pedestrians who are blind or have low vision rely more heavily on other sensory systems such as hearing and touch.

“While there are many advantages of electric cars, the quiet engines make it incredibly difficult to hear them coming especially when they’re travelling at low speeds,” Karen said.

“This can be a real problem in car parks and near driveways, and is a major concern for distracted pedestrians, children, the elderly and people who are blind or have low vision.”

Alarmingly, the majority of incidents recorded by survey participants happened in places where pedestrians have right of way, for example pedestrian crossings and walking along footpaths.

MUARC research fellow Dr Sara Liu said people with disabilities can be disadvantaged in the community, and in a car-centric country such as Australia, pedestrians who are blind or have low vision are particularly vulnerable on the road network.

“Our research has highlighted that the risk of incidents between electric and hybrid vehicles is likely to increase unless measures are taken to protect vulnerable road users,” Dr Liu said.

“As an inner city resident, my mobility is dependent upon walking and public transport,” Donna said.

“It is challenging when cars with silent engines have failed to stop or reversed around crossings and car parks. This has resulted in collisions with my cane, and significantly impacts my confidence to travel independently. This is directly exacerbated by the increase of electric and hybrid cars.

“The community need to look out for each other by ensuring every pedestrian in their immediate path is safe. The blind community rely upon the public to give way and look out for their white canes and dog guides to ensure they are safe.

“This of course will benefit many wider community members such as the aged and the very young around vehicles.”

While the number of electric vehicles in Australia currently represents a small proportion of the cars on the road, it is inevitable that the number of these vehicles will grow rapidly to become the dominant vehicle type.

Karen said because of this rapid growth, Vision Australia is encouraging the Australian Government to harmonise vehicle safety standards with Europe and ensure an Acoustic Vehicle Alerting System (AVAS) is fitted to all hybrid and electric vehicles.

“The AVAS would require an electric or hybrid vehicle to make a noise when travelling up to and include 20km/h, while travelling forward or in reverse.

“Regulatory authorities in the US and Europe moved quickly with regulations being passed concerning minimum noise standards for electric and hybrid vehicles when travelling at low speed and we believe now is the time for Australia to follow suit,” Karen said.

For more information please contact Jamila Savoy on 0403 003 238 or jamila.savoy@visionaustralia.org