Professor Dena Lyras research focuses on enteric pathogens, particularly those involved in antibiotic-associated diarrhoea such as Clostridium difficile, and how these micro-organisms harness regulatory and virulence factors to cause disease in the host environment. Over the past decade C. difficile has undergone a radical evolution that has allowed it to thrive in hospital environments and develop into the leading cause of death from hospital-acquired antibiotic-associated intestinal infection. Her research has revealed that C. difficile infection damages colonic stem cells via a toxin called TcdB, impairing tissue repair in the gut and recovery from disease. Collaborative research  has also discovered that a particular class of antibiotic, called cephamycins, can prevent C. difficile spore formation. Dena's group has also developed animal models of intestinal infection to better understand pathogenic colonisation of the gut.

Dena is the Deputy Director of the Monash Biomedicine Discovery Institute and the Deputy Head of the Department of Microbiology. Dena heads the Functional Biology of Bacterial Pathogens Lab. She is a world-leading researcher in infectious disease,  focused on gut pathogens, publishing over 140 peer-reviewed publications, including Nature, with her work cited over 6000 times. She was an ARC Future Fellow and has a strong record of attracting NHMRC, ARC grants and industry funding. Dena was appointed the President of the Australian Society of Microbiology in 2018, and serves as Chair of the Monash BDI Equity Committee. 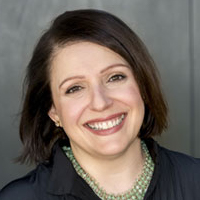