MoNoC is led by Associate Professor Naotsugu Tsuchiya. His team access Monash Biomedical Imaging's EEG facilities for many of their research projects.

Towards the physical basis on consciousness

Questions about consciousness have puzzled humanity for centuries. 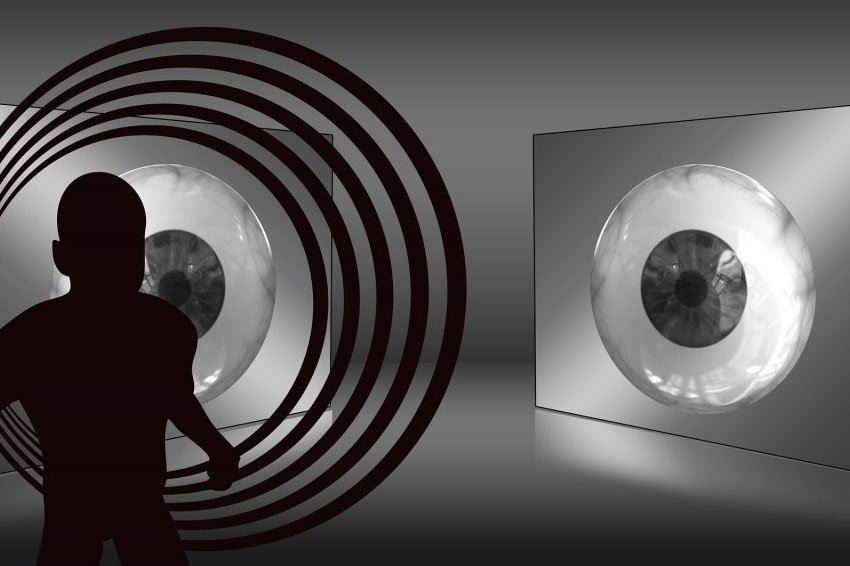 Our attention can jump between visible and invisible objects

In a nutshell: The discovery that we can focus our attention on invisible things is helping us understand the relationship between attention and consciousness.

Are we aware of everything we pay attention to?

Even when we focus our attention on a single object, we experience periods of high and low focus that alternate many times per second. These rapid changes in attention – known as attentional sampling – are imperceptible to us, but allow our brains to capture information about the surrounding scene and enhance it for analysis.

As this phenomenon was only discovered relatively recently, researchers are still trying to understand it. Matthew Davidson, a PhD student with Associate Professor Nao Tsuchiya at Monash Neuroscience of Consciousness (MoNoC) Research Laboratory, and his colleagues wanted to investigate whether attentional sampling occurs during binocular rivalry – a visual illusion where each eye is shown a different image at the same time.

During binocular rivalry, instead of us seeing a fused picture of two images, what we see involuntarily switches back and forth between each image. While we’re conscious of one image, the other image is suppressed from our consciousness and seems invisible.

The researchers used electroencephalography (EEG) to record the brain activity of 34 people while they viewed images during a binocular rivalry task. The participants reported which image they were conscious of seeing while their attention was directed by sound or touch towards one of the images.

The researchers found evidence – from both the EEG recordings and the participants’ reports – that attentional sampling exists during binocular rivalry. Their results showed that when participants paid attention to the invisible, nonconscious image, their attention was actually divided between both images. This suggests that we may not be conscious of everything we are paying attention to.

This study helps us understand how attention is focused and diverted, and how it interacts with what we consciously perceive. It also adds to other from Nao Tsuchiya’s lab – demonstrating that attention and consciousness are not the same.

Next steps:
The researchers hope to locate where in the brain the relationship between attention and invisible visual information is strongest, which could help them to understand which parts of the brain are responsible for human consciousness. 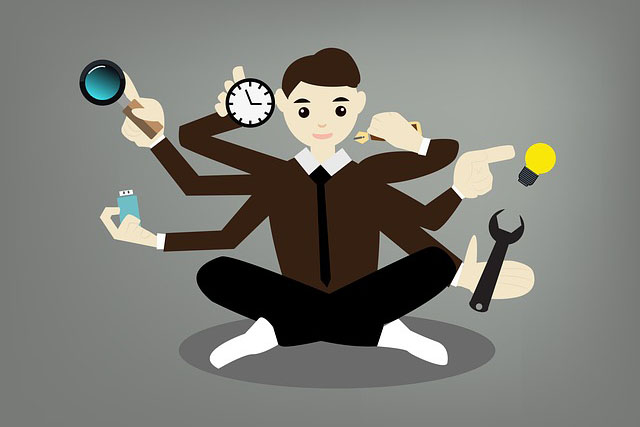 Without attention, you can see a lot – but not everything

In a nutshell: Novel research shows that we can be conscious of a face’s gender even when paying little or no attention to it.

We can all relate to the frustration of talking to someone who is deeply engrossed in their phone or favourite show. But does the fact that their attention is focused elsewhere mean they’re not conscious of us?

Whether we can be conscious of things that we’re not paying attention to is a longstanding question in psychological research, and leading scientific theories of consciousness disagree on the answer. It’s an important question with real-world implications – particularly for human activities such as using heavy machinery or driving a car.

Julian Matthews, a PhD student with Associate Professor Naotsugu Tsuchiya, and his colleagues at Monash University have developed a game-changing tool to find the answer.

In the past, researchers have used a method called the dual-task paradigm to study the link between attention and consciousness. Participants focus their attention on either a central or a peripheral task, and their performances are compared to a situation in which they attempt to do both tasks at the same time. The dual-task paradigm shows that we can differentiate some peripheral objects when our attention is focused elsewhere. But does that mean we are consciously seeing those peripheral objects or just differentiating them non-consciously and automatically? Researchers couldn’t be sure. Another drawback of the method is that it can take half a day to properly train participants to use it.

Matthews and his colleagues made major improvements, using special algorithms to reduce training to only 20 minutes and cutting-edge analytical techniques to relate performance to consciousness.

As part of their improved dual-task paradigm, the researchers showed participants hundreds of pictures of faces that had been artificially coloured half green and half red. They found that differentiating gender does not require attention: participants were able to tell the gender of a face, regardless of whether they performed this task alone or at the same time as an attention-consuming task. Surprisingly, attention was required to identify the order of the colours on each face: even though this task might seem simpler, participants could not perform it properly while paying attention to another task.

These results demonstrate that consciousness is possible with little or no attention – at least for some tasks. Perhaps hope is not lost for our phone-obsessed friends after all!

This study is part of a special issue on ‘Perceptual consciousness and cognitive access’ in Philosophical Transactions of the Royal Society B: Biological Sciences.

Next steps:
The researchers are investigating what features of consciousness are retained in the absence of attention. They are also using the dual-task paradigm to identify impairments of consciousness in clinical groups. 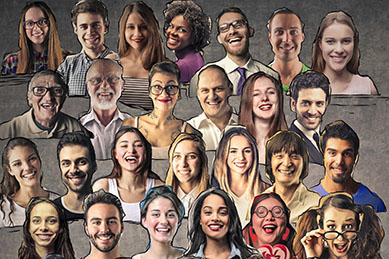 A new type of memory for faces you see only in passing has been discovered, but how it works is an enigma

In a nutshell: You remember what’s happening in the background better than you think, but scientists don't yet know how this type of “incidental memory” works.

You walk into a café, scanning the room for your friend. As your eyes flit from one person to the next, does your brain commit to memory all those faces?

A study led by Associate Professor Naotsugu Tsuchiya of Monash University suggests that it does, at least briefly.

The team showed volunteers an image of a face, and then asked them to pick it out from an image of a crowd of 20 to 55 people. Their eye movements were tracked as they searched, and faces that were viewed and rejected along the way, recorded.

Immediately after, they were shown one of the rejected faces, and another new face, and asked to identify the one they had already seen in the crowd. They picked the correct one more than 70% of the time – far greater than chance.

The finding runs counter to the notion that things we only view briefly are quickly forgotten, says lead author Lisandro Kaunitz of the University of Tokyo.

The mechanism behind these incidental memories is a mystery. Working memory – the short-term, readily-accessed memory – lacks the capacity. It can hold only three to four images, whereas in this experiment the participants remembered faces they had viewed and rejected seven faces before the target face just as well as a face viewed immediately before the target, suggesting greater capacity.

The Tsuchiya team has also ruled out unconscious memory – which marketers tap into to generate brand recognition. This type of memory is vast. However, when participants rated their confidence in their memories, the greater their confidence, the more accurate the memory. Their insight – knowing what they knew and what they didn’t – shows these memories are conscious, says Tsuchiya.

The Tsuchiya team is yet to test whether incidental memories last long enough to be relevant in a criminal investigation — they could be gone in a minute.

Next steps:
The team will look at how long our brains retain these incidental memories, and find out if other objects are remembered as accurately, or whether faces, because of their social importance, are a special case.Reference:
Kaunitz, L. N., Rowe, E. G., & Tsuchiya, N. (2016). Large capacity of conscious access for incidental memories in natural scenes. Psychological Science, 27(9), 1266-1277.