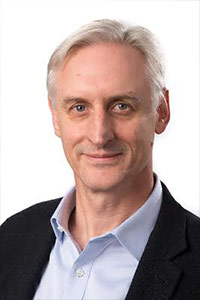 A/Prof Michael Farrell trained and worked as a Physiotherapist before starting his research career. Recipient of a NHMRC Neil Hamilton Fairley Fellowship, Michael completed a postdoc in the lab of Richard Gracely at the National Institutes of Health before returning to Melbourne and joining the Howard Florey Institute in 2003. Leader of the Interoception Imaging team at the Florey, Michael was also a C.R. Roper Fellow at the University of Melbourne. He joined the Department of Medical Imaging and Radiation Sciences at Monash University as an Associate Professor in 2014.