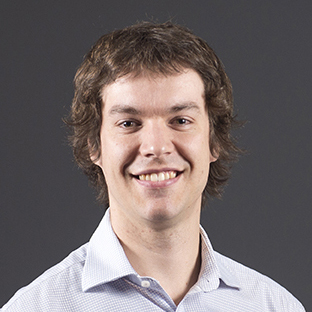 Monash Biomedical Imaging (MBI) researcher, Dr Phil Ward, has been selected as a Junior Fellow of the International Society for Magnetic Resonance in Medicine (ISMRM), the preeminent association for researchers who specialise in magnetic resonance imaging (MRI).

Phil was appointed a Junior Fellow on 10 August 2020 as a result of his commitment to the ISMRM, his thorough publication history, and his dedication to furthering MRI research.

As a Junior Fellow, Phil will be mentored by Professor Brian Hargreaves, a Senior ISMRM Fellow, and will serve on the ISMRM Web Editorial Board.

Phil started at MBI in 2013 as a PhD student and has worked with MBI’s Director, Professor Gary Egan, ever since. His PhD focused on vein imaging, then as a postdoctoral researcher he investigated iron mapping and functional imaging with PET.

Phil reduced his MBI research commitments in late 2019 after taking up a position at the National Australia Bank as a Senior Consultant in Advanced Analytics Research and Development. However, he has continued at MBI to advise on projects with which he has been involved.