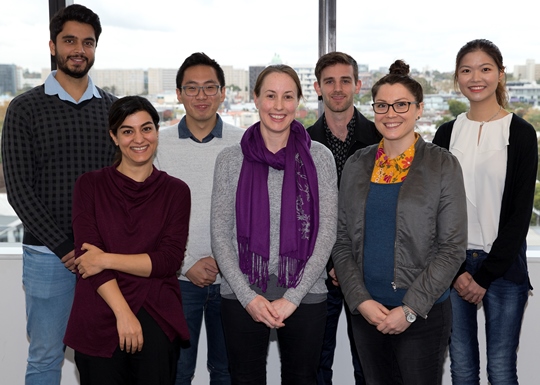 To understand the key biological mechanisms that contribute to poor long-term outcomes after traumatic brain injury, particularly during early childhood

Brain injuries in young children often results in debilitating and chronic consequences, including psychosocial and neurocognitive deficits which may persist or emerge as the brain matures. However, the biological mechanisms that underlie poor long-term outcomes following traumatic brain injury (TBI) to the young brain are poorly understood. Our overall research goal is therefore to better understand how the immature brain responds to injury, with a particular focus on the sub-acute and chronic periods after an injury. Ultimately, this knowledge will allow us to develop novel therapeutic interventions aimed at improving outcomes and quality of life for brain-injured patients.

Several ongoing research projects are centred around this theme, using a range of approaches including molecular and cellular methods, neuroimaging, in vivo electroencephalographic recordings, and behavioural assays. One of the most commonly reported consequences of paediatric TBI is a change in social behaviour; for example, a reduction in social interactions, increased social withdrawal and isolation, and associated psychiatric issues such as depression and anxiety. We have developed a model of paediatric TBI in which mice develop social behaviour deficits as they age to adults, consistent with the trajectory of social behaviour deficits frequently seen in brain-injured children. Using this model, we are now tackling fundamental unanswered questions about the underlying mechanisms of these behavioural changes after TBI, including the identification of risk and resilience factors, and the contribution of white matter degeneration. In addition, brain injuries are associated with a heightened risk of developing epilepsy, or recurrent seizure activity that may contribute to progressive neurodegeneration and infer with quality of life. Using a validated mouse model of TBI in the mouse, we are evaluating the contribution of key inflammatory cytokines and cellular mediators to seizure susceptibility and aberrant neuroplasticity.

after paediatric TBI This project seeks to identify in vivo neuroimaging biomarkers of long-term social behaviour deficits that emerge over time after brain injury during early childhood, by evaluating the developmental trajectory of key white matter tracts after injury. The hypothesis is that disruption of white matter integrity in the social brain network is predictive of social dysfunction after paediatric TBI.
Collaborator: Dr. David Wright, Monash University

This project seeks to delineate the cellular and molecular mechanisms by which an early life brain injury impacts the social brain network, a distributed circuit of brain regions involved in social cognition. Using a clinically-relevant mouse model, we will consider the impacts of injury severity and age on long-term social behaviour function.

Damage to myelin, the insulating sheath surrounding nerves, is a common consequence of TBI. In this project, we are examining the consequences of early life brain injury on postnatal myelin development, and testing whether a specific neurotrophic factor receptor can preserve and repair myelin after paediatric TBI.
Collaborator: Dr. Jessica Fletcher, The University of Melbourne

Does peripheral inflammation contribute to epileptogenesis after TBI?

This project aims to determine the effect of systemic inflammation on seizure outcomes after a TBI using an experimental rodent model, to test the hypothesis that the peripheral inflammatory response, mediated by the recruitment of blood-derived monocytes and macrophages, drives epileptogenesis (the development of epilepsy) after a brain insult.
Collaborator: Prof. Terence O’Brien, Monash University

A central role for cytokine signaling in post-traumatic epilepsy

This project considers the role of key pro-inflammatory cytokines, in particular, interleukin-1 and high mobility group box protein-1, in network hyperexcitability leading to the development of seizures in an experimental model of paediatric TBI.

for post-traumatic epilepsy We hypothesise that markers of the inflammatory response are associated with the risk of developing post-traumatic epilepsy. To test this, we will take advantage of 'FAST' and 'SLOW' rat strains which have been selectively bred to be sensitive or resistant, respectively, to develop epilepsy. Comparison of the inflammatory profile between groups will identify biomarkers predictive of seizure vulnerability, which will be evaluated and validated in brain-injured patients in future studies.
Collaborator: Dr. Pablo Casillas Espinosa, Monash University

See recent publications for Bridget Semple in the Monash RSS feed immediately below, at Pubmed and select list further down.