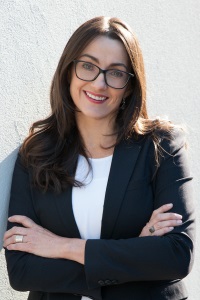 Our research focuses on implementing practical methods that can detect subclinical change in cognition in MS using web-based technology. In addition, we are working on understanding the pathogenesis of tremor in multiple sclerosis. Using MS tremor as a platform to study cerebellar function, we are developing novel methods to monitor for subclinical change in cerebellar function in patients with more advanced MS.  To do this we are developing methods to study speech production measures in MS.
We have shown that web-based monitoring of cognition in MS is a feasible and scalable method to monitor cognitive change in MS.  The MSReactor test is highly acceptable to patients and can be implemented in the clinical setting. We have demonstrated that MS tremor can be treated using botulinum toxin injections. Our works shows that MS tremor is dystonic and not a purely cerebellar phenomenon. From our work with MS tremor, we have shown that people with MS and tremor has a novel adaptive mechanism to maintain upper limb function by activating the supplemental moto\r area in the brain on the same side as the tremor-affected arm.
We are currently developing methods to treat symptomatic oscillopsia using cannabinoid products.  Our group are interested in implemented database-centered research in idiopathic intracranial hypertension.

The efficacy and safety of onaboltulinumtoxin-a in the treatment of MS related tremor
Project description: The treatment and pathophysiology of tremor in Multiple Sclerosis (MS) remains a significant challenge and unmet need, requiring further clinical research. We recently performed a phase II, randomized, controlled, crossover study demonstrating the efficacy of Botulinum toxin type A (BoNT-A) for treatment of MS tremor. This research grant proposes a detailed study of phenomenological, electrophysiological and neuroimaging characteristics of MS tremor patients before and after BoNT-A or placebo treatment. The results of this study will help generate class I evidence that is required to translate treatment of MS tremor with BoNT-A into clinical practice. We aim to define predictors of the response to treatment and to better understand the underlying pathophysiology of MS tremor.

Computerized assessments of subclinical decline in cognition, speech and upper limb function as composite endpoints in progressive multiple sclerosis: development of a platform to improve trial design in Progressive MS phenotypes
We aim to demonstrate that subclinical deterioration in cognition, speech production, and upper limb function occur earlier and are more sensitive as markers of MS progression when compared to the MSFC and EDSS scores.  Subclinical deterioration will be a strong predictor of loss of cerebral brain volume. The results of this study could define markers for earlier intervention in patients at risk of developing progressive MS or, for those already classified as Progressive MS, for further progression. Sensitive markers of subclinical decline could be used as outcome measures in clinical phase II and III studies in progressive MS and remove the “walking-barrier” for inclusion of participants who are not able to walk.