A Story of the Song...Story behind the Song by Sandy Nguyen (Monash University)

Name a heart-warming ballad from a solo artist that topped music charts upon its release and received an all-kill on Korean broadcasting music shows against K-Pop groups.

The singer-songwriter and artistic work that has received this much love is no other than “Through the Night (밤편지)” composed and performed by IU. 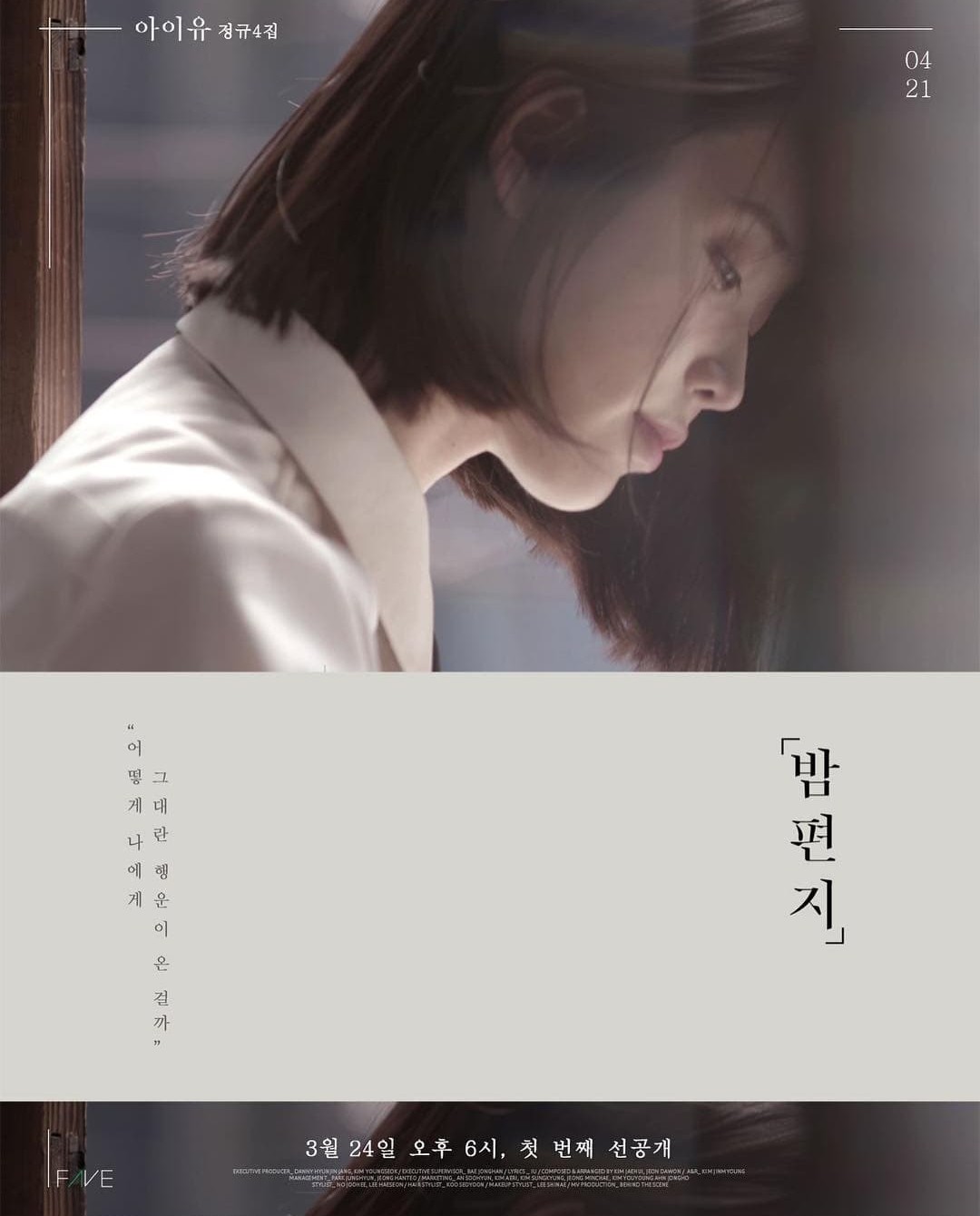 Through the Night was released on March 24th 2017 with much anticipation from fans as it marked the singer’s long-awaited music comeback; a year and a half after her last release in 2015. The song was written by IU and composed along with producers Kim Je-Hwi and Kim Hee-Won as the 8th ballad track in her full-length album “Palette”. Through this ballad, IU wished to leave a memorable image depicting her personal growth and changes at that stage in her life, which is a sentimental and mature side that contrasts with her usual innocent and bright image.

The song topped charts on domestic music platforms, debuting at 2nd on Gaon Digital Chart upon its release and remained in the no.1 spot on major music charts including Melon, Bugs, Genie. It also swept 1st place on Inkigayo and Show Champion music shows against K-Pop groups promoting at the time; including Girl’s Day, Highlight, Winner and GFriend. With its high and stable ranking in the Korean music charts, Through the Night earned the Long-Run Song of the Year award at the 7th Gaon Chart Music Awards 2017 and the Grand award at the Golden Disc Award 2018.

Through the Night has been covered on several music shows by various singers including veteran singer Yang Hee-Eun, Super Junior’s Kyuhyun, solo artist Kwon Jin-Ah, K-drama OST (soundtrack) singers Paul Kim, Jung Seung-Hwan, and many more.
So, why is it so special? What features of the song has contributed to its longevity in the music charts?

Through the Night depicts a story of someone (the narrator) confessing their feelings and wishing goodnight to a loved one, who they fear may leave their side. In an interview with JTBC News in 2018, IU revealed that she suffered from insomnia while the lyrics was composed. As someone who yearns for some good sleep, she believed the sincerest confession to a loved one is to wish them goodnight and sweet dreams. These words are simply yet enough to fully convey one’s love and care for someone special.

Figure 3: IU writing a night letter to a loved on in the MV. Image source.

Insomnia is used as the main theme of this song; the narrator in this story is writing their 밤편지 (lit. night letter) which commences with “이밤… (Tonight…)”. Although not everyone has experience of insomnia, you may find the emotions and experiences expressed in the lyrics quite relatable. Time slows when one is unable to fall asleep and old memories tend to comeback “나 우리의 첫 입맞춤을 떠올려 (I remember our first kiss)”. Recalling beautiful memories shared with a loved one makes you miss that person even more “또 그리워, 더 그리워”. Especially in a long and lonely night, it would be great to have them by your side “지금 우리 함께있다면 얼마나 좋을까요”. Sometimes you may have random thoughts at night, like what if that person disappears someday “그대가 멀리 사라져버릴 것 같아”. One can easily visualize and empathize with these emotions as IU makes a beautiful comparison of this to “파도가 머물던 모래위에 적힌 글씨 처럼 (just like words written on the sand near the waves)”. How does it feel when words you have written on the sand gets washed away by the waves with no traces left behind? Probably feelings of sadness and disappointment. The literal translation of the title is ‘Night Letter’ hence the lyrics began with love confessions ‘사랑한다는 말이에요’ and wraps up perfectly with a goodnight wish “좋은 꿈이길 바라요 (I hope it’s a good dream)”. IU has been praised by her senior Yang Hee-Eun for her well-written lyrics and cleverness, which again proves her skills as a lyricist.

Through the Night is a slow ballad with a strong focus on IU’s vocals combined with the minimal use of acoustic guitar sound, which makes it sound like a lullaby to our ears. IU’s soft airy vocals, her humming and the controlled use of instrumentation effectively delivers the emotions of the song.

Unsurprisingly, 5 years after its release, the song is still in the Top 200 hits of the Gaon Digital Chart (as of 15th June 2022). Moreover, on 6th April 2022, the music video reached 100 million views on YouTube, a record that is difficult to achieve for most solo artists. 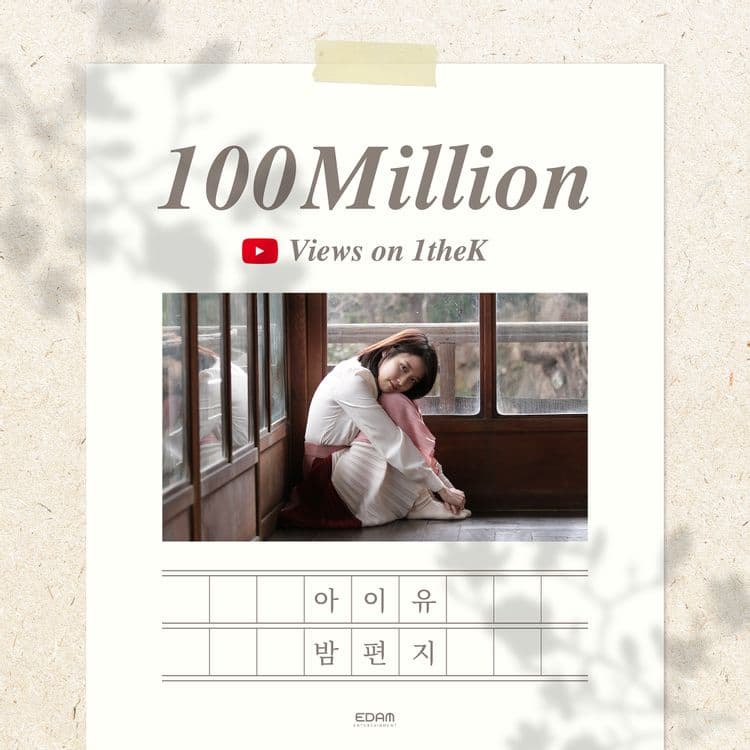 Find the lyrics and English translation of the song here.

Sandy Nguyen  ©, please do not reproduce without prior permission.