"Into the New World" By Girl's Generation

A Story of the Song... The Story behind the Song Contribution by Matthew Del Nevo

The lyrics to “Into the New World” (다시 만난 세계) were written by Kim Jeong-bae and his wife, known in the industry as Kenzie (Kim Yeon-Jung) an in-house composer for SM Entertainment, the record company under which Girls’ Generation (hereafter, SNSD) were formed, trained and signed. The song was not originally purposed for them and had been written some years before and shelved. SNSD is an acronym for their Korean name, So-Nyeo Shi-Dae (소녀시대).  The eight-girl group is led by the diminutive Kim Taeyeon, who is perhaps the most famous of all female K-pop idols, not only because of SNSD, perhaps the most ground-breaking of all girl groups, but also because of the ballads she has recorded for numerous OSTs (official sound-tracks) to K-dramas. The other girls have all since become rich, famous and loved in their own right, best known by their mononyms as  Sunny, Tiffany, Hyoyeon, Yuri, Sooyoung, Yoona, and Seohyun. 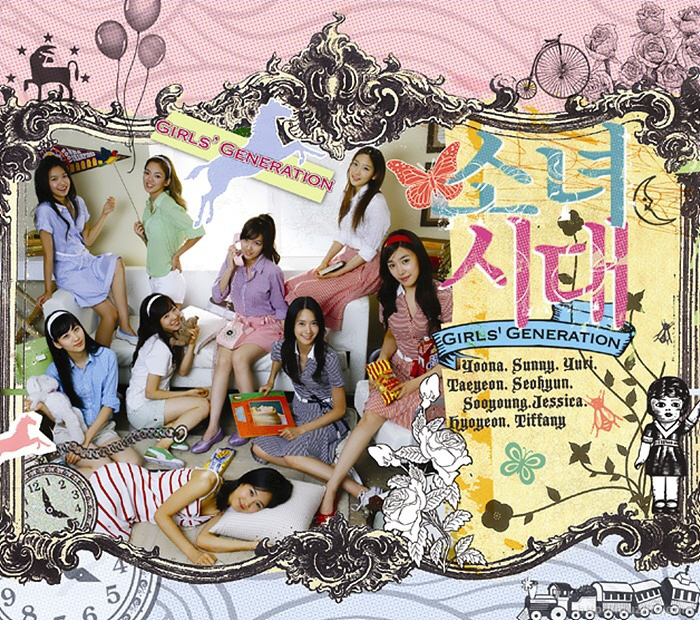 To begin with the song had huge symbolic traction. Korea had just become a democracy and had done so faster than any nation in history. What took England five-hundred years took South Korea a decade or less and K-pop is part of the story of that smooth transition. Words divide, but dance unites, as the Swiss choreographer and impresario Maurice Béjart once put it. “Into the New World” was a subtle mark of revolution within the new society, it started as a song sung by young women for young women. And things are about to change.

It would be interesting to know what the song writers themselves meant by the second person singular in the song.  It’s an enigmatic signifier that inverts into “me” or “us” and converts into different perspectives. Sones (소원), the SNSD fan group, that like all K-pop fandoms are vociferous and even politically powerful in some cases (e.g. BTS’s ARMY) say “you” refers to us, the fans. The individual listener, like myself, could feel personally addressed. Some say the second person singular refers to the generation that came out of the democratic revolution of the 1990s. The sad times refer to the pre-democratic period. I think a socio-political interpretation can work. Giving credence to it, in their 2015 “Phantasia” tour in Seoul SNSD performed “Into the New World” in front of a cinematic backdrop of burnout buildings and wearing battle fatigues. More obviously, the second person singular could refer those who, like SNSD themselves, support the cause of young women and their empowerment, which can start by identifying with the song.

"Close your eyes and hear my moved heart (눈을감고느껴봐움직이는마음)"

The girls are referring to themselves and calling on a sensibility on you/us to hear young women.

Korean society before the democratic revolution was male dominated and after the changeover remains male dominated. But change is in the air. As the old 1970s T-shirt logo had it, the future is female. Hope transforms circumstance. “Into the New World” is an anthem of hope for a fairer better world and onsides all sympathisers.

Watching SNSD dance in mv live performances, with perfect choreography as they harmoniously sing these lines, aligns us the listener with the “us (우리)” in the song. “We” – we young people - don’t know the future, we know it isn’t going to be easy, but we are going to take this new world, this democracy where we are free, as ours for the taking. Watching SNSD in mv live performances, we see that unlike their Western counterparts, they are not attempting to be cool, tough or sexy (in the sexualised sense of Western female pop, forged by Madonna from the early 80s on). It is a different feminism.

Korean feminism does not have to eschew or caricature the feminine like its Western counterpart. Korean feminism has a power of enchantment, and this doesn’t start with SNSD, but they certainly took it forward. Feminism as “enchanting” refers to more than “cute”, the Western epithet most often used of pretty young Asian woman in K-pop. It does not mean that at all. This feminism has a deep cultural roots in Korea. Taoism, with which all Asian Buddhism is inflected, privileges the feminine, just as the Western religions of the desert (Judaism, Christianity and Islam) all privilege the masculine. SNSD stand in a new – but age-old – feminine space that is not romantic at all. It’s a yin-yang movement with the other. “you-me” / “me-you”. It’s a feminine engendered sense of unity, Tao, Guaneum (관음). A whole different sense of the feminine is there that was there already, only now, from such roots, this song takes it into a new world in a new way.

Listening to the first line by Taeyeon one can hear perhaps a certain propinquity to the rhythm of the famous chordal announcement near the start of Dvorak’s New World Symphony 9 in the 4th movement. The notes are different in SNSD’s song. As appropriate to a 3-minute pop song that requires instant “recognition value”. The musical stamp of the Dvorak haunts both the introduction by Taeyeon and the chorus where the rhythm is repeated in unison. In “referencing” the Dvorak, whether deliberately or accidentally, it is worth noting that the brass fanfares of the 4th and final movement of the Dvorak are a metamorphosis of the soft English horn solo at the start of the 2nd movement. Dvorvak is said to have been influenced by black spirituals that he heard, as he wrote this symphony in the United States. It is undecidable as to whether he was influenced by one spiritual in particular, as some argue, or the feel of the spiritual generally speaking. This exquisite cor anglais solo from the beginning of the second movement is in the 4th and final movement transformed into a symphonic texture and wanders continually through each section of the movement in varying instrumentation towards a triumphant apotheosis and goes out at the end in a blues rhythm that sounds like a question mark over the whole preceding development and a foretaste, perhaps, of music to come. One could verbalise this in terms of the humanistic principle of the freedom denied to an enslaved people whose authentic creativity is thoughtlessly waved aside as of no relevance to the art of music. In the lyrics the girls sing that “we” have had hard times, but we are not going to cry. What the Dvorak “reference” does (if it is one, consciously or not) is to give a sense of elation.

The song marks a turning point in the sense that it introduced a serious tone into K-pop under the cover of K-pop. This serious tone would take off in various directions, but it established itself here. There is a comparable moment in Western popular music which was thought to be for minors only at one time and a sign of immaturity. When Bob Dylan went electric at Newport Folk Festival in the summer of 1965 and sung “Like a Rolling Stone” it changed all that. It was a moment that could only be seen and appreciated years later. In the line of another Dylan song of the era, “the times they are a-changing”. “Into the New World” is the Korean equivalent of this moment. K-pop is going to prove to be serious stuff and to bear a big change factor with it.

The song was sung in 2016 at the student protest at Ewha Woman’s University in Seoul and a video taken that went viral on the internet. From that time on the song has gathered momentum, not as a protest song, in the Western sense of opposition and aggression in the name of some “cause”, but as a song of solidarity and cheer. The president of the university was ousted. The following year, Yuri a member of SNSD said in an interview that she cried when she heard about the effect their song had for the good of society. This caught the public attention as Yuri was a famous TV personality with her own shows by this time. “Into the New World” was used at Hong Kong pro-democracy protests. In an article for The Korean Times, Yim Hyun-Su quoted Seoul-based journalist Raphael Rashid, “The song has come to convey the idea that ‘we are all in this together, no matter what adversity we face.’" The song has become the anthem of the Seoul Queer Culture Festival since this time, which represent LGBTQ communities. In 2021 Tiffany (a member of SNSD) did a video for the LGBTQ community lip-synching to the song that was widely distributed.  But all this demonstrated solidarity and had a joyous and hopeful vibe, lacking the resentful payback or overstated “in-yer-face” vibe so often wielded by the Western counterparts of these movements.

It seems that it is precisely the unspecified quality of the pronoun “you” in the song that gives the song such diverse relevance for anyone who has been through hard times and needs to stand firm in community and hopes and works for a better age to dawn. The song may rouse a lonely student in their bedroom with their computer, or it can stir a mass rally that will be televised. 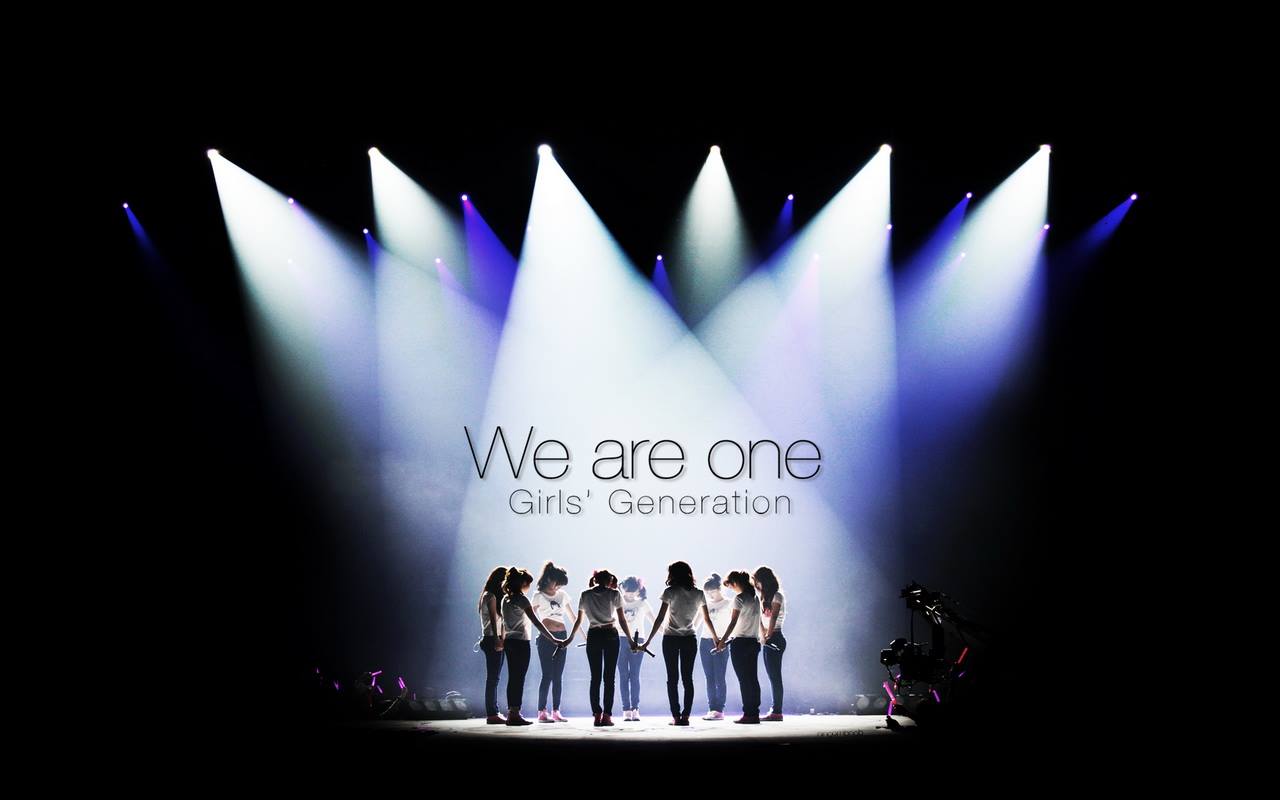 Find the lyrics and English translation of the song here.

Matthew Del Nevo is Associate Professor Matthew Del Nevo, Sydney College of Divinity. He is a philosopher who writes about soulfulness in arts, literature, psychology, and wisdom traditions, and he is also the author of Art Music (Routledge, 2017), Finding Harmony (Wipf & Stock, 2018). He can be contacted at https://www.facebook.com/matthew.delnevo1

Matthew Del Nevo ©, please do not reproduce without prior permission.