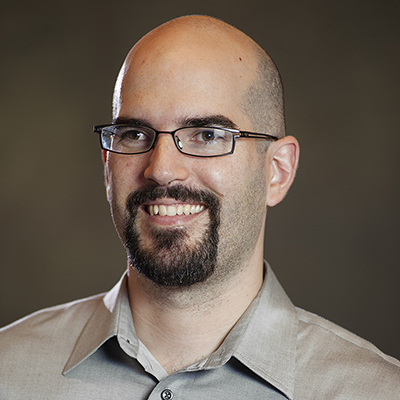 An unexpected finding in a study into steroid receptors co-led by a Monash Biomedicine Discovery Institute (BDI) scientist has pointed to a new target for hormone-dependent cancer. The discovery resulted in the international collaboration involved switching their focus to investigating potential therapeutics.

The Monash BDI’s Dr Luc Furic and collaborators from the Karolinska Institute, Sweden, and McGill University, Canada, among others, were researching how steroid receptors (for estrogen, testosterone and other hormones) affected the intracellular signalling pathways regulating protein synthesis when they revealed a direct link between the estrogen receptor and modification of tRNAs (transfer ribonucleic acid) in cancer.

“It has been known for many decades that tRNAs are modified by some quite exotic chemical modifications that modulate their functions; we found one of their key modifications is regulated directly by steroid receptors,” Dr Furic said.

“We discovered that these receptors were able to impact the last step of gene expression – protein synthesis – when messenger RNAs are being translated into protein,” he said.

The researchers then showed that if they suppressed the activity of a complex of enzymes responsible for modification of tRNA, called the Elongator Protein (ELP) Complex.

“We can have a massive decrease in the proliferation of cancer cells, in this case prostate cancer and some breast cancer cells.”

The findings were recently published in The EMBO Journal.

“Now our future studies will focus on evaluating whether targeting these enzymes could be used as a therapeutic target in multiple types of cancer,” Dr Furic said. The researchers will use collaborations and platforms at the Monash BDI to delve deeper into the structure and activity of the ELP complex and to see how it could potentially be inhibited.

Another outcome of the current study was that the scientists, who performed bioinformatic analysis for the project, developed a new algorithm to analyse protein synthesis and translation. They published a method study a few months earlier to accompany this one.

“While performing this study we discovered a new mode of translational regulation termed ‘translational offsetting’ and developed an algorithm that actually incorporated this mode of regulation, which is now available for everyone to download,” Dr Furic said.

The study was funded by a National Health & Medical Research Council project grant and through funding from the Swedish Foundation for International Cooperation in Research and Higher education.