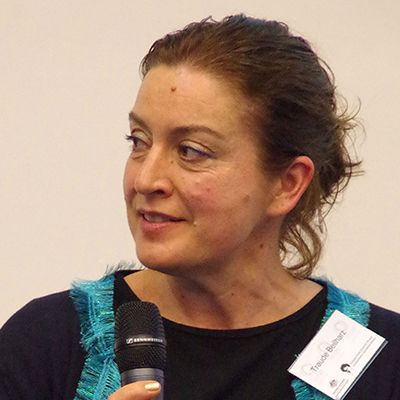 Congratulations to Associate Professor Traude Beilharz, a Monash Biomedicine Discovery Institute (BDI) scientist who has been recognised by a 2019 Georgina Sweet Award for Women in Quantitative Biomedical Science.

Associate Professor Beilharz heads the RNA Systems Biology Laboratory and leads the Computational Biology Initiative within the Monash BDI. She was awarded the honour based on the excellence of her track record as a scientist and her latest work advocating for the integration of computational biology into mainstream biomedical research.

“When I got the letter I was just thrilled,” Associate Professor Beilharz said.

“It felt fantastic to be among the other women who have won the awards previously, these early to middle career women who are just killing it!” she said.

This highly competitive award includes a prize of $25,000 to support scientific research, with only three given from 60 applicants this year.

“What we do is discover broad principles and mechanistic processes. Often this means we switch from simple yeasts to complex mammalian systems within one manuscript,” she said.

Associate Professor Beilharz is recognised in her field for technological development in next generation RNA sequencing in the area of transcriptome 3’end dynamics.

“I think of RNA as being the molecule that brings colour to the genome; RNA expression is what makes the cells of our different organs unique,” she said.

She said her lab is now applying computational approaches to data that’s available publicly to understand connections in biology that have never previously been made.

“The exciting part about that is that we end up being very cross disciplinary. About 50 per cent of my research involves analysis of big data sets so my students need to learn basic programming as well as wet lab biology. In addition, being necessary to their research, this skill means they have highly transferable skills.”

Associate Professor Beilharz said that she has avoided getting involved in gender issues including awards for women because of the psychological phenomenon known as stereotype threat – a mental state where identification with a negative stereotype can lead to under-performance due to the anxiety that stereotype-identification provokes.

“The world is changing so fast now that the stereotypes we’ve been buying into are evaporating. Stereotype threat can only operate while we believe the stereotype to be true.

“I’m a dyslexic person and a woman. I see this award as a way to champion, and be a role model for diversity. There’s a place for inclusion of more difference, in fact we benefit from it. Diversity of thinking and action is actually more powerful than uniformity. It provides the best chance of being robust to change.”

The Georgina Sweet Awards were presented on 14 October at a ceremony at the Bio21 Institute of Molecular Science and Biotechnology, University of Melbourne. Previous winners have included the Monash BDI’s Associate Professor Stephanie Gras and Professor Ana Traven.

Georgina Sweet OBE was an Australian zoologist and esteemed parasitologist, and a passionate supporter of women's rights. She was the first woman to graduate with a Doctor of Science from the University of Melbourne (1904), and the first female acting professor in an Australian university. The awards named after her were created in 2015 by the Bio21 Institute of Molecular Science and Biotechnology’s Professor Leann Tilley as part of her ARC Laureate Fellowship program to promote and support talented female scientists. 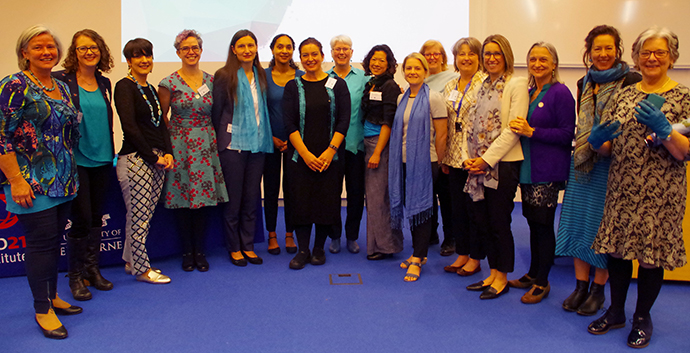