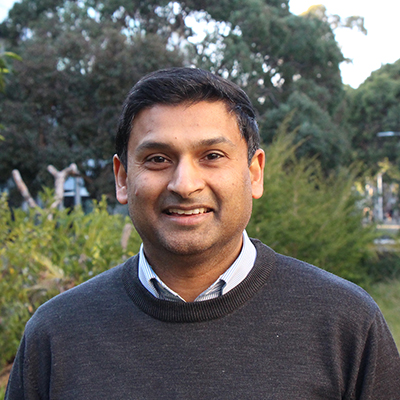 Fibrosis, the damaging build-up of hardened or scarred tissue in the body, is a hallmark of various diseases and can lead to the dysfunction and failure of organs such as the heart and kidney. Fibrosis-related diseases in various organs contribute to around 45 per cent of deaths in developed countries.

A Monash Biomedicine Discovery Institute (BDI) researcher leading a team investigating the promising anti-fibrotic effects of a drug version of the hormone, relaxin, has discovered that the receptor through which it mediates its therapeutic actions can communicate and/or interact with other receptors in cells that contribute to fibrosis progression. Receptors are protein structures that transmit signals to other parts of the body when triggered by a stimulus.

The study, led by Associate Professor Chrishan Samuel and published in the Journal of the American Society of Nephrology today, suggests the ability of receptors to ‘talk’ to each other may affect the way relaxin (and other drugs that act through the receptors) work. It may have implications for the design of clinical trials involving relaxin and its concomitant use with other drugs that act on these receptors.

Associate Professor Samuel said the paper describes for the first time the communication between three receptors that exist on myofibroblasts, the cellular basis of progressive fibrosis. The receptors investigated were: the relaxin family peptide receptor 1 (RXFP1, which relaxin acts through to reduce tissue fibrosis and related dysfunction); the angiotensin II type 1 (AT1) receptor, which is targeted by clinically-used angiotensin receptor blockers to treat high blood pressure-induced organ damage; and the angiotensin II type 2 (AT2) receptor, which can also facilitate the reduction of tissue fibrosis by compounds that stimulate its activity.

“We’ve shown that because these receptors have the ability to communicate that they have the ability to either promote or negate the actions of various drugs that act on each receptor. For example, our findings suggest that the effects of relaxin may be compromised as a treatment for heart failure when administered to patients who are already receiving angiotensin receptor blockers as frontline treatments.”

Relaxin, a hormone that is also naturally produced during pregnancy, plays several roles in facilitating childbirth by reducing the rigidity of the pelvic ligaments. It has been well studied for its organ-protective actions at the pre-clinical level, but has not yet been approved as an anti-fibrotic agent.

“What we need to do now is better understand how these receptors communicate, not just in myofibroblasts, but in other cells in which they are co-localised. With an improved understanding of how these receptors interact, they may represent a previously unrecognised target for treating organ fibrosis.”

Read the full paper in the Journal of the American Society of Nephrology titled Evidence of AT1R-AT2R-RXFP1 Functional Crosstalk in Myofibroblasts and its Impact on the Therapeutic Targeting of Renal and Cardiac Fibrosis.