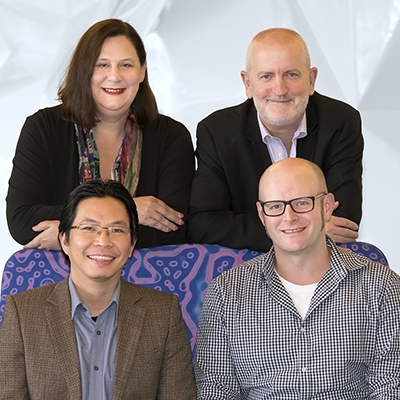 Teams led by Dr Lan Nguyen and Professor Jose Polo won the grants, which are designed to support bold ideas in cancer research that would be unlikely to attract conventional, more risk-averse funding. The CCV allocated almost $2.3 million over two years under the scheme.

Lead Principal Investigator Dr Lan Nguyen said a combination of a novel approach to the complex issue of drug resistance in breast cancer treatment and the cutting-edge technology to carry it out, backed by a proof-of-principle study and multidisciplinary experts as principal investigators secured his team’s proposal.

“We’re using computational modelling to get a handle on how cancer cells adapt to drugs in order to bypass their tumour-killing effects, and using that knowledge to ultimately predict new combination therapies to overcome resistance,” Dr Nguyen said.

“The scope of our modelling is unprecedented. The new model will contain 11 major pathways known to drive cancer cell development in breast cancer,” he said.

The modelling will be guided and calibrated by large datasets to be generated by Dr Ralf Schittenhelm, who has mass spectrometric expertise. The predicted combination therapies will then be validated using breast cancer cell lines and also organoids. Professor Helen Abud is an expert in organoids. Professor Roger Daly has extensive experience in breast cancer biology and associated signalling.

“The combination of this being a prestigious and very competitive grant and the intensive work that went into it, makes me feel over the moon about gaining it,” Dr Nguyen said. 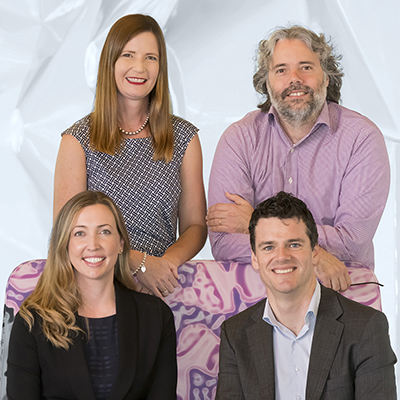 “The grants are very competitive and support many excellent cancer researchers so it’s recognition that our work is on the right track,” Professor Polo said.

“There are also patient advocates on the panel so you really feel they’re putting their trust in you,” he said.

The project is based on a strong and fruitful foundation of previous work using algorithms to reveal insights into the functions of master regulators, which control full cell identity.

Whereas the development of treatments has conventionally involved targeting factors with high expression in cancer cells, potent and influential master regulators can be expressed at levels so low they would not be identified as important, Professor Polo said.

Professor Polo’s team will use a mathematical tool developed by it to find promising master regulators to target in 10 tumours, identifying common targets among them and also ones specific to individual tumours.

“In the second part of the grant – the ace up our sleeve – we will apply our algorithms to find a drug that fits that target that is already approved by the FDA,” Professor Polo said.

Professor Polo said the team had already conducted a proof-of-concept study for a potential drug, demonstrating that it killed a prostate cancer tumour.

“We’re super-excited. Hopefully, we can find small molecules super-fast that are FDA-approved and get these drugs into the clinic very fast,” he said.

The CCV grant is for $375,000 over two years. Professor Polo said previous backing from the Prostate Cancer Foundation of Australia and Cass Foundation had been vital in enabling the work to get to this stage.