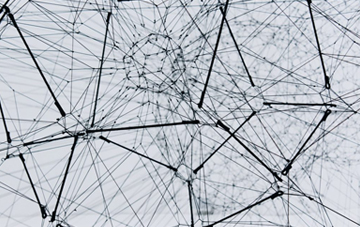 In a nutshell: A new model suggests that connectivity between the claustrum and cortex is organised by function, not location.

The claustrum is a small structure in the temporal lobe that sits just underneath the cerebral cortex – the thick, folded layer of cells that covers the brain’s surface. It forms extensive connections with every area of the cortex. This unusually widespread connectivity has prompted various hypotheses about the claustrum’s function. For example, it might be key to integrating conscious perceptions. Or it could be involved in changing the brain from one mode to another – such as when we switch from concentrating to relaxing, or shift our attention between different problems.

The results of a new study from Brain Function CoE researchers argue against this model. Instead, they support a new model in which similar functions dictate which cells in the claustrum connect to which parts of the cortex. The study was carried out by an international group of researchers led by investigator Marcello Rosa.

The researchers conducted experiments on the brain to get a more precise view of how the claustrum connects to the cortex. They focused on the cortex of the parietal lobe, which is responsible for behaviours such as visually guiding movement, feeling sensations, sensing position and movement, and some aspects of visual navigation.

Organising connectivity in this way could allow the brain to integrate functions for similar types of tasks, while also allowing it to switch resources from one type of task to another when needed.

Next steps:
The researchers plan to create an even more comprehensive map of the brain, including areas in the frontal, temporal and occipital lobes. They will use this model to further investigate the role of the claustrum.