The interplay between diet, the microbiota and immunity 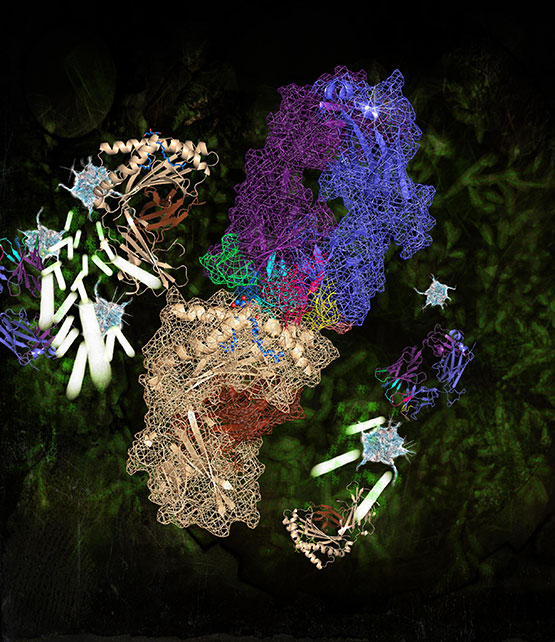 An international team of researchers including Monash University have found molecular proof of how diet ultimately affects immunity through the gut microbiome.

The team’s work, conducted in mice, have pinpointed a microbial molecule called B. fragilis that sets off an immune-signalling cascade triggered by the host’s diet of a metabolic breakdown of branch-chained amino acids in the mouse gut.

The multistep pathway begins with B. fragilis taking up the branch-chained amino acids and then converting them by a specific enzyme into sugar-lipid molecules that also have branched chains that are then spotted and picked up by a class of immune-signalling cells known as antigen-presenting cells, which in turn induce natural killer T (NKT) cells to exercise their immunoregulatory response through upregulating inflammation-controlling genes and immune-regulatory chemicals.

Furthermore, the team found that B. fragilis alters the structure of the sugar-lipid molecules that it metabolizes and renders them better capable of binding to receptors on specific immune cells and initiating a signalling cascade that culminates in downregulating inflammation.

The findings, published November 10 in Nature, offer a unifying explanation for the complex interplay between diet, gut microbiota and immune function. They are the result of collaboration among scientists at Harvard Medical School, Brigham and Women’s Hospital, Seoul National University, and Monash University in Australia.

NKT cells line the human gastrointestinal tract, the lungs and are also found in the liver and spleen and likely play a significant role in immune regulation and are implicated in a range of inflammatory conditions including ulcerative colitis, and to a possible role in airway inflammatory conditions, such as asthma.

While scientists have surmised for a long time that diet plays a role in immune health, the new study elucidates the precise molecular cascade behind diet and immune health, said study senior author Dennis Kasper, professor of immunology at Harvard Medical School. 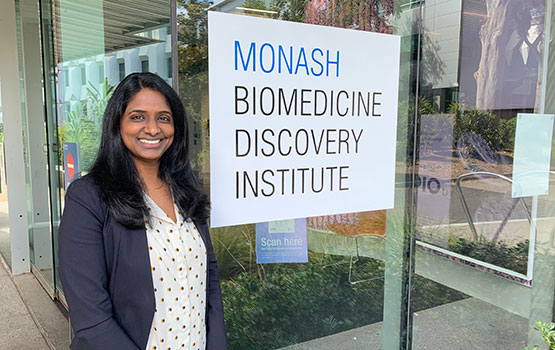 “This work offers a great example of trans-disciplinary discovery-based research aimed at answering a major question in biomedical sciences, namely how the immune system can be modulated by the interplay between diet and the microbiota,” Professor Rossjohn said.

Study coinvestigator Seung Bum Park, professor of chemistry at Seoul National University, synthesized and the Harvard team tested 23 different configurations of the microbe-made immunomodulatory molecule to determine how each one interacts with the immune cells that regulate inflammation.

The findings offer the hope that inflammatory diseases mediated by these NKT cells could one day be treated with inflammation-dampening microbial molecules made in the lab, the researchers said.