Towards a universal flu vaccine for Indigenous populations 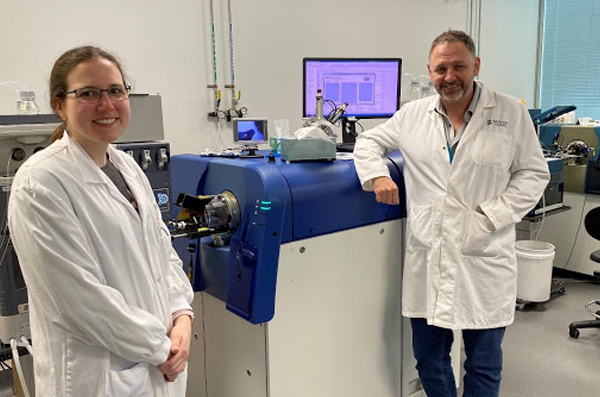 Researchers have identified specific influenza targets that could be used to better protect Indigenous people from experiencing severe influenza disease through a universal, T cell-based vaccine.

“We know that some populations are at high risk from severe influenza, and these include Indigenous people globally,” said University of Melbourne Professor Katherine Kedzierska, Laboratory Head at the Doherty Institute.

“As many as 10 to 20 per cent of Aboriginal and Torres Strait Islander people died of influenza during the 1919 pandemic, compared to less than one per cent mortality rate in non-Indigenous Australians. Hospitalisation and morbidity rates were also higher for Aboriginal and Torres Strait Islander people during the 2009 H1N1 pandemic.

“Similarly, high adult mortalities (up to 100 per cent) were reported in some isolated Alaskan villages. Our research aims to harness immune responses to protect these high-risk populations.”

HLA proteins vary across individuals and ethnicities. A specific HLA protein, named HLA-A*24:02, can be linked to more severe (or even fatal) outcomes of influenza. It is also highly prevalent in Aboriginal and Torres Strait Islander people, as well as many other Indigenous populations around the world.

Using state-of-the-art antigen discovery technology at Monash University, Professor Anthony Purcell and Dr Patricia Illing identified small fragments of influenza (peptide antigens) that were subsequently screened by Dr Luca Hensen, a research officer at the Doherty Institute, who identified which of these fragments formed protective targets for killer CD8 T cells that are presented by HLA-A*24:02.

Professor Purcell went on to say “This work forms part of a long-term commitment and highly productive collaboration between my team at the Monash BDI and researchers at the Peter Doherty Institute, the Menzies School of Health Research and CQUniversity that aims to identify novel targets of immunity towards influenza to improve vaccine outcomes for all vulnerable populations."

Dr Hensen said “We propose that a universal influenza vaccine could be developed using these targets to promote optimal killer CD8 T cell response in the context of HLA-A*24:02.”

“This could provide much better global protection and help prevent severe influenza disease and death in populations who are at higher risk.”

Co-author, Associate Professor Steven Tong, Royal Melbourne Hospital Infectious Diseases Physician and Co-Lead of the Clinical Research Discipline at the Doherty Institute, said other factors that contribute to poorer outcomes in Indigenous populations need to be considered, including higher rates of chronic diseases and the importance of social determinants of health.

“These findings are a significant step forward in understanding the immune profile of Aboriginal and Torres Strait Islander people and enable us to put that in context with the other determinants contributing to a higher risk of severe influenza. It is critical that future T cell-based influenza vaccines are designed to also protect ethnic populations who experience a high burden of disease,” Associate Professor Tong said.

CQUniversity researcher, Professor Adrian Miller, of the Jirrbal people of North Queensland, said Aboriginal and Torres Strait Islander people were some of the most vulnerable when it came to influenza.

“We hope that the findings from this research ultimately lead to a universal flu vaccine that will also protect Indigenous populations.”

This project looked at samples from 127 participants from the LIFT (Looking Into influenza T-cell immunity) cohort based in the Northern Territory.