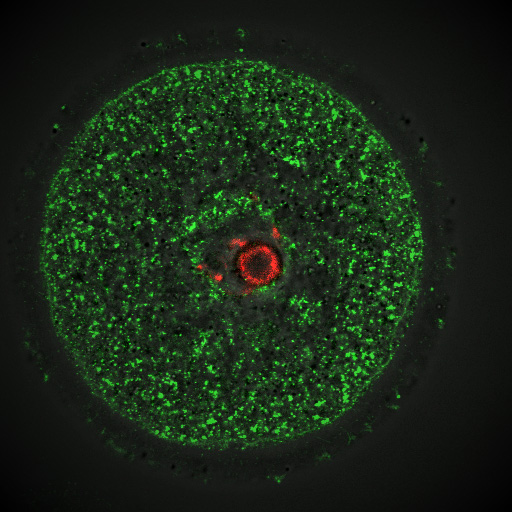 Poor egg ‘quality’ is one of the main factors causing infertility, particularly in cases of women over the age of 35, or with metabolic disease such as diabetes or obesity. But what contributes to poor egg quality and resultant subfertility is not known.

Monash researchers have revealed how the egg’s mitochondria, known as the powerhouse of the cell, can lead to modifications to the nuclear DNA which leads to long term effects on embryo development. This finding helps identify the egg’s mitochondria as a potential target for therapies to improve the fertility and viability of the egg.

Mitochondria provide energy for everything a cell needs to do to survive. In an unfertilised egg, they provide the energy needed to complete fertilisation and grow into an embryo.  In addition, mitochondria are a multi-faceted cellular factory, generating many small molecules that are needed to maintain cell function. Some of these ‘metabolites’ have been found to modulate how nuclear genes are regulated – leading to so called epigenetic effects in a wide range of systems, including cancer and immunity.

The research team, led by Dr Deepak Adhikari and Professor John Carroll from Monash University’s Biomedicine Discovery Institute and published today in the journal, Science Advances, genetically modified the function of mitochondria in oocytes by knocking out a gene called DRP1. This gene effectively prevents mitochondria from rejuvenating such that they accumulate damage over time. To their surprise the eggs were able to be fertilised but were not able to go on to form viable embryos after implantation.  “This is the first time it has been shown that directly modifying mitochondria leads to nuclear modifications that have implications for embryonic development,” Dr Adhikari said.

Professor Carroll added that “by preventing mitochondrial fission we have caused serious damage to the egg mitochondria, but more subtle effects on mitochondria caused by ageing, obesity or environmental insults, may also have implications for embryo development and offspring health,” he said.

“It is now known that the health status of parents can predict the health of their children, our results suggest that at least part of this epigenetic inheritance is mediated by the function of the egg’s mitochondria.”

This work allows the researchers to investigate if targeting mitochondrial function can improve egg quality with a view to improving fertility and offspring health.