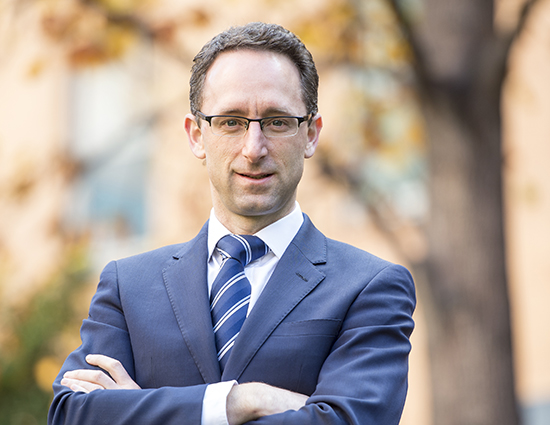 Failing to contain ‘superbugs’ across nursing homes can have serious consequences, as the elderly population of nursing homes have a greater vulnerability to health concerns than younger people.

Researchers from Monash University, Alfred Health, Bio21 and the University of Sydney, led by Professor Anton Peleg, of the Monash Biomedicine Discovery Institute and Central Clinical School, have received $2.3 million in federal and university funding to start a national trial involving residential aged care facilities. This trial aims to determine the amount of antibiotic-resistant bacteria within these facilities, and how best practice antibiotic use can control the rise of these ‘superbugs’.

If successful, the trial will roll out across 72 nursing homes nationally, reaching more than 7,000 aged care residents, making it one of the largest in the world. The trial will determine not only the level of antibiotic resistant ‘superbug’ infections in aged care facilities, but will use cutting-edge genomic analyses to determine the source and spread of individual bacteria. The study will also determine the relationship between the spread and the misuse (and overuse) of antibiotics in individual facilities.

A 2013 study by Professor Anton Peleg, found that more than a third of nursing home residents were carriers of antibiotic-resistant bacteria. More than half of those residents carrying the bug received antibiotics at some point in the three months prior. A recent study, from the Columbia University in the United States, found that up to 59 per cent of nursing home residents have been “colonised” with certain types of ‘superbugs’, putting them at more risk of developing a full-blown infection.

Beginning later this year, Professor Peleg’s trial is supported by a targeted initiative from the Medical Research Future Fund, and will be conducted in collaboration with Bupa. Bupa manages a large residential aged care network in Australia, and the close collaboration between the researchers and Bupa will allow for rapid translation and policy impact of the trial findings.

According to Professor Peleg, the trial will be conducted using an innovative step-wedged approach, allowing efficient rollout of the intervention, so that best practice can be introduced quickly.

The trial will look at the impact of introducing a nurse-led antimicrobial practice on the levels of drug-resistant bacteria in nursing home residents. The trial will also track resident movements to and from hospitals, to determine the degree to which hospital attendance may increase the ‘superbug’ levels in nursing homes.

Importantly, the study will use advanced genomic techniques to trace the origin and spread of individual strains of bacteria, giving the researchers a map of where and how bacterial infections take hold in nursing homes.

A study in 2012, by Professor Peleg and colleagues, reviewed more than 1100 episodes of bacterial infections in nursing homes residents in Victoria. The study found that more than one third of patients were prescribed antibiotics without a recognised need for the medication. Other studies have found that a staggering 50-80 per cent of residents in aged care facilities will be prescribed an antibiotic, however only one in three will be necessary.

Professor Peleg’s MRFF funded research program forms a new frontier in aged care research, and has real potential to change practice and policy nationally and beyond.