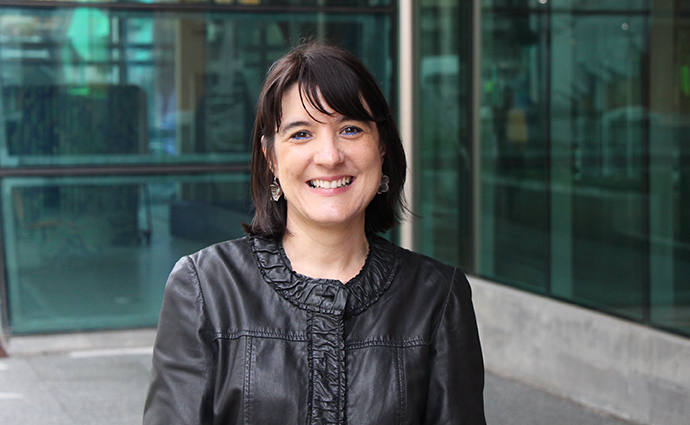 Monash researchers have shed new light on just how the fungal infection Candida albicans shape-shifts into a deadly version with hyphae or filaments that help it break through human tissues and into the bloodstream. Understanding this process is key to the development of drugs against this fatal infection.

Fungal infections, such as those from C. albicans, are a common form of bloodstream infections in hospitals, particularly in very sick or immunocompromised patients. They can also lead to sepsis-like disease. Fungi cause untold harm, largely because they are so similar to mammalian cells that very few antifungal therapies are available.

There is no sure-fire way to treat or prevent C. albicans infections. As the population living with weakened immune systems (including HIV and transplant patients, those undergoing chemotherapy and preterm babies) increases, the threat of this fungus is growing. A review of 750 million hospitalisations in the United States revealed that the rate of fungal bloodstream infections has increased by more than 200 per cent within a couple of decades.

With very high estimated mortality rates of between 10-20 per cent, the human burden is substantial, demanding effective therapeutic strategies.

Although C. albicans lives in the gut of about half of all people, it has an ability to transform into a form in which it can invade tissues and also escape from immune cells. In the gut, C. albicans sits in a benign state until the right opportunity occurs, when it can overgrow and also start to form hyphae or filaments. These filaments are elongated, stick-shaped cells that the yeast can use to push through the gut wall and get access to the bloodstream and organs, so that it can spread its infection.

Associate Professor Ana Traven, from the Monash Biomedicine Discovery Institute, and her team have shed new light on how C. albicans shape-shifts to the deadly hyphal version. Understanding this process is a major breakthrough, building the knowledge base that could lead to development of drugs to treat this infection.

The study, published today in the prestigious journal, Cell Reports, focuses on the compound mdivi-1, which is generating global interest in preclinical studies of non-infectious human diseases such as neurodegenerative conditions, stroke, heart attack and cancer. According to Associate Professor Traven, to her knowledge the compound has not been studied extensively in the context of infectious diseases.

In laboratory studies, the Traven team found that adding mdivi-1 to the culture medium inhibits the transition to the hyphal form of the fungus. The researchers used the ability on mdivi-1 to halt this process to study just how this transition happens at a molecular level.

“We revealed a mechanism that operates in C. albicans cells to promote hyphal switching via a molecule called nitric oxide – opening a new avenue for understanding this key process and potentially leading to development of new antifungal drugs in the future,” Associate Professor Traven said.

“The mortality rate for bloodstream Candida infections are substantial even in countries where the best care is available, so a potential new therapeutic route is very important,” she said.