The Invented Traditions in North and South Korea Project You are invited to join the authors for a day of discussion about invented traditions in North and South Korea to celebrate the publication of this vital publication on Korean society, history and culture. The workshop will be held via Zoom and divided into four panels according to the four sections of the volume. Each panel will be introduced by the section editor, and then the section’s contributors will provide a ten-minute overview of their chapter, and this will be followed by a group discussion with opportunities for questions.

Almost forty years after the publication of Hobsbawm and Ranger’s The Invention of Tradition, the subject of invented traditions—cultural and historical practices that claim a continuity with a distant past but which are in fact of relatively recent origin—is still relevant, important, and highly contentious. Invented Traditions in North and South Korea examines the ways in which compressed modernity, Cold War conflict, and ideological opposition has impacted the revival of traditional forms in both Koreas. The volume is divided thematically into sections covering: (1) history, religions, (2) language, (3) music, food, crafts, and finally, (4) space. It includes chapters on pseudo-histories, new religions, linguistic politeness, literary Chinese, p’ansori, heritage, North Korean food, architecture, and the invention of children’s pilgrimages in the DPRK.

As the first comparative study of invented traditions in North and South Korea, the book takes the reader on a journey through Korea’s epic twentieth century, examining the revival of culture in the context of colonialism, decolonization, national division, dictatorship, and modernization. The book investigates what it describes as “monumental” invented traditions formulated to maintain order, loyalty, and national identity during periods of political upheaval as well as cultural revivals less explicitly connected to political power. Invented Traditions in North and South Korea demonstrates that invented traditions can teach us a great deal about the twentieth-century political and cultural trajectories of the two Koreas. With contributions from historians, sociologists, folklorists, scholars of performance, and anthropologists, this volume will prove invaluable to Koreanists, as well as teachers and students of Korean and Asian studies undergraduate courses.

We will send a Zoom Link to the email address you register with, no later than two days before the event.

Further information about the book:

Click here to check what time the workshop is being held in your time zone. 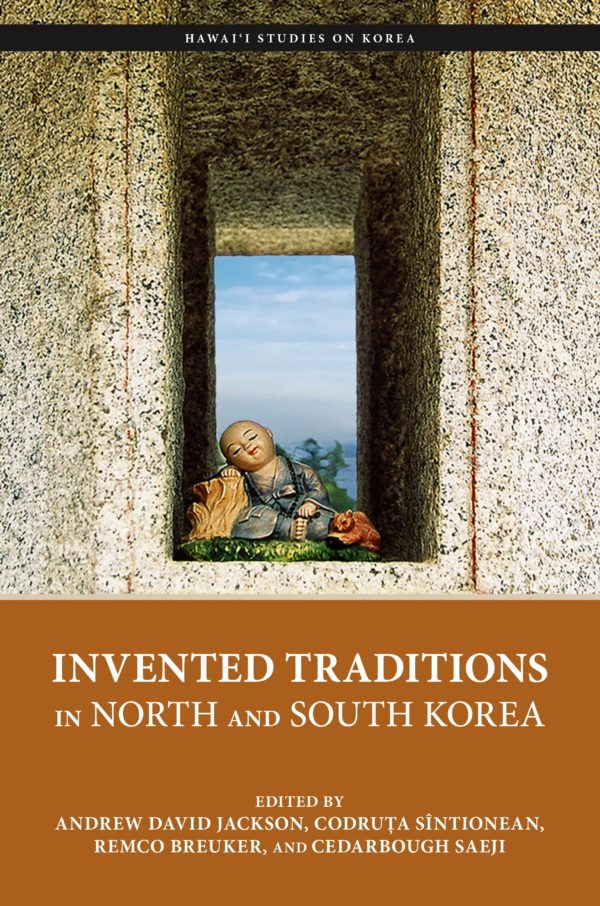 Chapter 1. Authenticating the Past: Filling in Gaps with the Tan’gi kosa, Remco Breuker

Chapter 4. The Language of the “Nation of Propriety in the East” (東方禮儀之國)? The Ideological History of the Korean Culture of Politeness, Eunseon Kim

Chapter 9. The State Leader as Inventor of Food Traditions in the DPRK, Maria Osetrova

A warm welcome to our new PhD student