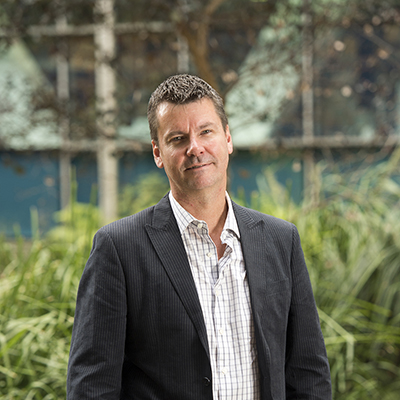 The Lemberg Medal is awarded to a distinguished ASBMB member who has demonstrated excellence in biochemistry and molecular biology and who has made significant contributions to the scientific community.

Professor Lithgow, who was appointed Director of the Centre to Impact AMR (antimicrobial resistance) this year, has made a number of fundamental discoveries in his work into yeast and bacterial cell biology over the years.

After studying mitochondria in yeast early on, he took on the challenge of understanding bacterial cell biology when he joined Monash University in 2008.  One of his career milestones came in 2009 when his lab looked at the evolution of bacteria into mitochondria. Finding ‘missing links’ in bacteria for the molecular machines that had evolved in mitochondria, he also made the textbook-changing discovery that all eukaryotic cells have mitochondria – something that was previously debated.

“Those were some of the papers I am most proud of,” Professor Lithgow said.

“It was a major piece of evidence that also spoke against creationism and ideas of intelligent design.”

“We hypothesised that if we knew what was on the surface of a bacterium that was needed for bacterial growth and survival, it would be possible to design molecules to kill bacteria without the need to enter the bacterial cells,” he said.

The fundamental work into this, which took nearly eight years, has led to several pharmaceutical companies in the US and Europe developing drug targets for use as anti-bacterial agents based on the research, some of which look set to go into clinical trials.

Professor Lithgow cites having students and junior researchers from his lab go on to become highly successful scientists around the world, as one of his greatest achievements. Being admitted to the Australian Academy of Science was also a career highlight.

A member of the ASBMB since he was a PhD student, he said he was thrilled to win the award.

“The ASBMB is a great society and has been a big part of my professional development. To win the top award means a lot because I respect my colleagues in the society so much,” Professor Lithgow said.

“To have scientists from different levels of their careers win awards that recognise national and international greatness in discovery science, matters; discovery science, creative thinking and long-term vision is a distinguishing feature of our Institute and something we can all be proud of,” he said.

Professor Lithgow won two ASBMB awards as a younger scientist; the society recognises excellence in Australian biochemistry and molecular biology in several competitive Medals and Awards for members at varying stages of their scientific careers.

The annual Lemberg Medal honours the memory of Emeritus Professor M.R. Lemberg, the Society’s first president. Only four other scientists from Monash University including Monash BDI’s Professor Jamie Rossjohn (2018) have been awarded the Medal. The others are Professor Christina Mitchell (2015), Professor Phillip Nagley (2001) and Professor Anthony Linnane (1973).

Professor Lithgow will deliver the Lemberg Medal Lecture as a webinar presentation, including his current work into bacteriophages, at the time of the ASBMB’s annual conference scheduled for September this year.