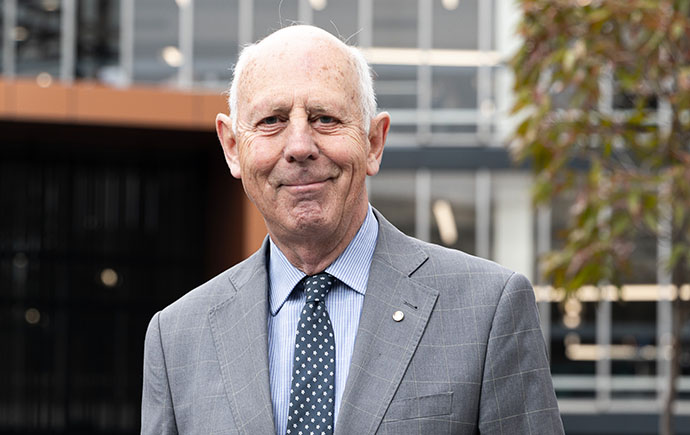 When Monash welcomed its first students to its campus in Clayton over 60 years ago, a young Peter Rogers (pictured on the right) was among them. To this day, his memories are vivid: a few buildings amid open paddocks, and wide expanses of dirt carparks.

Dr Rogers remembers embarking on his Chemical Engineering degree alongside only four other students studying this discipline, later earning his PhD.

But he had also grown up as one of four boys in a family that had to watch their pennies. Dr Rogers recalls working hard every semester break to cover tuition fees, which was why he was incredibly grateful to receive the first substantial scholarship for engineering at Monash partway through his degree.

His Monash education led to decades of national and international career success in the chemical engineering industry – including directing a London-based consultancy firm. “Education has a transformative impact in terms of what you can achieve in your life,” he said.

Renewing his relationship with Monash, he helped raise over $25 million for the Engineering Faculty, and secured funds to commission a magnificent statue of Sir John Monash, now seen by thousands of students every day on campus.

Most recently, Dr Rogers decided to leave a bequest to be used for Monash scholarships.  “I’ve felt in a personal sense how important a scholarship is,” he said.

Dr Rogers has two clear goals in mind for his bequest: to support more students from less advantaged families to come to Monash, and to inspire more women to forge a path for themselves in Engineering and receive the vital mentoring they need to succeed.

“Talented students are everywhere, and you’ve got to reach out to find them.”