Each of these areas are active in the fields of education, translational, clinical, epidemiological and laboratory based research.

The Eastern Clinical Research Unit conducts clinical trials in the therapeutic disciplines of:

More information about these divisions can be found on the Eastern Clinical Research Unit section of this website. 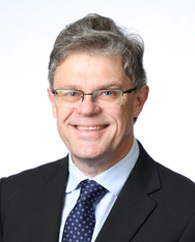 Professor Ian Davis is a medical oncologist and is Professor of Medicine and Head of the Eastern Health Clinical School, Monash University and Eastern Health, in Melbourne, Australia. He is an NHMRC Practitioner Fellow. He holds honorary appointments with the Olivia Newton-John Cancer Research Institute (formerly Ludwig Institute for Cancer Research) and Austin Health, is an Associate Professor of the University of Melbourne, and Associate of the University of Sydney. His primary clinical interests are in urologic cancer and in melanoma, and his primary research interests are in cancer immunology and the biology of urologic cancers. Prof Davis is a member of the Urology Committee, Skin Cancer Committee and Standing Subcommittee on Research for the Cancer Council Victoria. He is the founder of the Urologic Oncology Group of the Clinical Oncology Society of Australia (COSA), a member COSA Council, previously a director of COSA Board, and is founder of the Australian and New Zealand Urogenital and Prostate Cancer Trials Group Ltd (ANZUP). He is chair of the ANZUP Board and of its Scientific Advisory Committee. 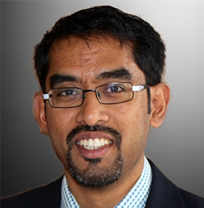 Shomik Sengupta is Professor of Surgery and the Deputy Head of School at the Eastern Health Clinical School, Monash University and a consultant urologist and Uro-Oncology lead at the Department of Urology, Eastern Health.

Shomik has a practice with a uro-oncology sub-specialty interest – including open, laparoscopic and robotic cancer surgery. He completed his urological training through the Victorian Section of the Urological Society of Australia & New Zealand (USANZ) and subsequently completed a uro-Oncology fellowship at the prestigious Mayo Clinic, USA. He has also completed his masters in Surgery (2002) and a Doctorate in Medicine (2014) at the University of Melbourne.

He is a strong contributor to USANZ, having been the Chair of the Victorian training subcommittee from 2014- 2016 and currently as the leader of the GU Oncology advisory group.  He also has a strong interest in urologic research, including involvement in clinical trials through the Australian and New Zealand Urogenital & Prostate (ANZUP) cancer trials group, where he is a member of the Board and the Scientific Advisory Committee. 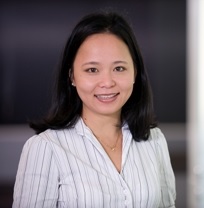 Ms Yen Pham graduated from the University of Melbourne with an Honours degree in Chemistry.  Her early career was as a research chemist with a designer peptide company where she attended a number of national and international conferences and was co-author of a number of papers in peer reviewed journals and co holder of three patents.

During this time Yen completed a Master in Professional Accounting, working as an accountant in several companies such biotech, manufacturing and property management businesses.

Yen has been with Monash University since 2008 as the School Manager of the Eastern Health Clinical School.  She is responsible for the management and operation of the School’s administrative and financial function as well as strategic involvements. Associate Professor Deborah Leach has been the Clinical Director, Emergency Department at Box Hill Hospital for the past 21 years.  Deborah was the Director of Emergency Services at Eastern Health from 2003-2009. 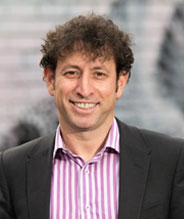 Professor Dan Lubman is a Psychiatrist and Addiction Medicine Specialist. He has worked across mental health and drug treatment settings in both the UK and Australia. He is Director of Turning Point, Australia’s national addiction treatment, training and research centre, and Professor of Addiction Studies and Services at Monash University. Dr Lubman’s research is wide-ranging and includes investigating the impact of alcohol and drug use on brain function, the relationship between substance use, gambling and mental disorder, the development of targeted telephone, online and face-to-face intervention programs within school, primary care, mental health and drug treatment settings, as well as building effective help-seeking and recovery responses. Dr Lubman has published over 400 peer-reviewed scientific papers, book chapters and major reports, and was Chair of the Royal Australian and New Zealand College of Psychiatrists’ (RANZCP) Faculty of Addiction Psychiatry for over a decade. He is regularly contacted for policy advice and community comment, and sits on numerous State and Commonwealth expert reference committees, including Victoria’s Ice Action Taskforce as well as its Mental Health Expert Taskforce. He has received numerous awards, including the Senior Scientist Award from the Australasian Professional Society on Alcohol and Other Drugs, as well as the RANZCP Senior Research Award.