Antimicrobial resistance evolves quickly, and we need to be prepared

The power of surveillance, genomics, and AI when an infection evolves into an AMR infection during a man's stay in hospital. 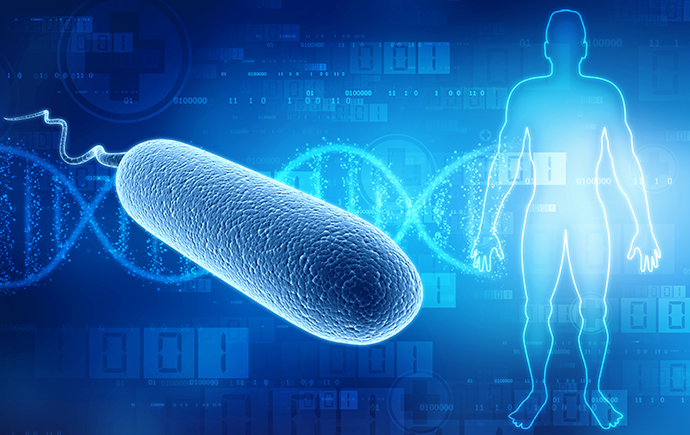 Covid-19 has been a disaster but there’s another health crisis already here that will kill tens of thousands more Australians every year than the coronavirus pandemic.

It’s antimicrobial resistance, or AMR, which means some microorganisms have evolved to become superbugs.

They resist medications that try to kill them.

Head of Australia’s Centre to Impact AMR, Professor Trevor Lithgow, says there is a conservative estimate that within 30 years at least 22,000 people across the Oceanic region (1) will die every year from drug-resistant bacterial infections, more than half will be in Australia.

The Centre has been set up with a multidisciplinary team of world-class experts to turn the tide on AMR. But they can’t do it alone, they say everyone needs to get on board.

Prof Lithgow hopes that since Australians were prepared to radically change the way they live to combat the coronavirus pandemic they are now ready to act on AMR.

“Given that there will be more and more pneumonia caused by bacteria or fungi that can't be treated with our existing drugs, mainly AMR infections, this is just going to get worse.

“The 22,000 prediction may well become more people from the Oceanic region per year, maybe more.”

But we can act against this now, and turn it around for the future.

He says the evolution of AMR is fast.

After treatment with antibiotics, populations of bacteria can quickly become predominately resistant.

Take the case of an extremely unlucky man that was studied recently by the Centre.

The man entered a hospital overseas for a treatment which was unrelated to any infection and developed one after a month or so in hospital.

A swab test identified his bug as a Klebsiella infection. The man was given drugs, got better for some time, but then his condition deteriorated.

Another swab was taken and he was given different drugs. He improved, then became worse again.

Thanks to genome sequencing by Associate Professor Vijay Dhanasekaran at the Centre, they realised that the infection had evolved into a drug-resistant superbug in the man while he was in the hospital.

A/Prof Dhanasekaran says that with genome sequencing they only need part of a superbug’s DNA to detect where it came from.

The genome patterns formed by the chemical building blocks that make up it’s DNA can tell them how it grew and whether it always grows alone, or only with certain other organisms.

Armed with this information and the aid of artificial intelligence to sift through vast quantities of clinical data they can select antibiotics that might work best.

“We can actually say, okay, these treatments were done over this period, and this evolved at this particular time so we can understand what's driving the antimicrobial resistance. And that directly feeds back into the treatment,” A/Prof Dhanasekaran said.

This kind of information is particularly useful in infection outbreak situations.

“During outbreaks the first thing we want to know is what is it and where did that come from.

“And if we know these two things, we can actually try and either find a therapeutic or go to the source and stop that emergence.”

He believes genomics is a key strategy in controlling superbugs and is lobbying for hospitals to build capacity to use genomic sequencing and artificial intelligence around the world.

That’s because the results of his work are enhanced by experts in artificial intelligence like the Centre’s Associate Professor Jiangning Song.

With a big enough computer and enough patience and skill, you can sift through the hundreds of thousands of genome sequences to see which ones are most closely related to one organism that came from one person you are treating.

A/Prof Song is passionate about making smart use of existing data to boost knowledge about AMR.

“To turn that knowledge into the power to improve clinical practice and save more lives,” he said.

He hopes that in the near future there will be systems in place so biomedical scientists can do analysis outside a lab like his with the support of high-speed internet connection.

“AI models should be able to look for multiple alternative antibiotics,” he said.

The user could click a few buttons and AI models should be able to look for the most probable alternative antibiotics.

Professor Lithgow concurs but warns top-end research takes a lot of time and resources to get it right.

So time, funding and effort must go into finding many sustainable ways of solving the antimicrobial resistance problem.

“We need to have new drugs  - and I think everyone is starting to get this message that … companies, governments venture capitalists, everyone has to get involved in this idea of getting a new drug into the clinic to make all the difference to this rising tide of AMR.

“But that's not enough … no matter what the new drug is that goes into the clinic, there will be an evolution of resistance against that drug.”

One of the problems is people tend to believe they can get rid of “bad” bacteria and fungi from their home with products you can buy at a supermarket. 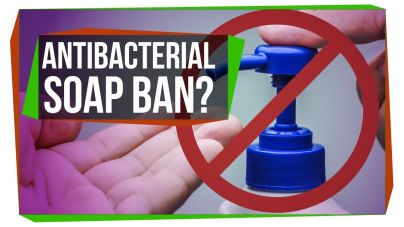 What they are doing instead is killing off the drug-sensitive, good bacteria and selecting for bacteria resistant that’s resistant to their supermarket product, and possibly also resistant to drugs, he said.

He said the patient with pneumonia would have had a better chance of protecting his lungs with a resident population of drug-sensitive bacteria inside him.

“You have to protect the drug-sensitive bacteria in all of our environments because they will outcompete the drug-resistant bacteria, every time.”