Monash University Masters student Sara Ghavamian talks to us about how she brings her passion for design and engineering together to achieve fantastic results.

Nature has long served as a source of inspiration for human designs, from climbing pads mimicking the biomechanics of gecko feet to velcro inspired by the hook-like mechanism of burrs. Yet in recent decades, scientists have taken an even closer look at the inner workings of nature in search of new strategies to combat the global emergence of antimicrobial resistance.

Analysing naturally occurring surfaces on a micro or even nanoscale has led scientists to uncover hidden landscapes which confer antibacterial properties to their hosts. These properties can be classified as either bactericidal, possessing the ability to kill bacteria, or antifouling, conferring the capacity to prevent initial bacterial attachment or biofilm formation. Take, for instance, dragonfly wings. Imprinted across their surface is an army of sharp, pointy protrusions, or nanopillars, able to kill approaching bacteria by piercing through and rupturing their cell membranes.

Researchers in the field of infection control have focused on reapplying these biological antibacterial micropatterns to the artificial clinical environment. High-touch surfaces within hospitals, such as catheters and ventilators, are a significant source of microbial spread and healthcare-associated infections. Infection control through physically altering the microarchitecture of these surfaces, rather than the traditional use of chemical agents, is not only a more durable approach but also an effective strategy for combating antimicrobial resistance.

However, whilst the bactericidal approach is successful in the short-term, over time the dead bacteria accumulate, blunting the micro-weaponry and diminishing antibacterial functionality. For this reason, some researchers have pivoted towards the alternative approach of developing antifouling surfaces which bypass this issue of durability by repelling bacterial attachment in the first place.

This is where Sara Ghavamian, a HDR student at the Centre to Impact AMR and the Department of Mechanical and Aerospace Engineering, comes in. Under the supervision of Dr Ian Hay and Victor Cadarso, Sara joins the scientific quest for the optimal antifouling micro surface. Combining her lifelong passion for drawing and design with her expert knowledge in engineering and microfabrication, she hunts for unusual patterns in nature which may possess such properties. From those engraved onto fishbones to those imprinted onto insect legs, Sara reproduces these patterns first into 2D drawings and then into 3D fabrications. 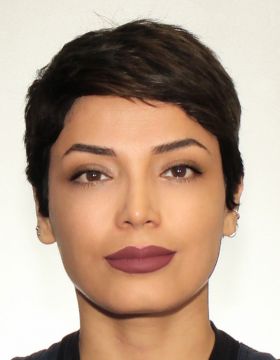 Through this creative, iterative process, Sara has accumulated a vast library of micropattern recipes. In scientific experiments, there is power in numbers. Owing to her large sample size, Sara was able to detect a counterintuitive difference in the antifouling properties of micropatterned surfaces as compared to traditional micro-flat surfaces. After equivalent incubation periods with the same bacteria, she discovered that while the micropatterned surfaces were indeed successful in reducing the number of microcolonies formed they, problematically, increased the number of attached bacteria compared with traditional micro-flat surfaces.

Puzzled, Sara returned to the drawing board. She rummaged through her collection of previously fabricated micropatterned surfaces and recovered those rejected samples which had deviated from the prescribed recipe and had failed to produce the desired clean, sharp sidewalls. Motivated by the curious mind of a scientist, she tested these “bad ones” and surprisingly found that they had, in fact, significantly reduced the number of attached bacteria compared with the perfectly manufactured version of the same micropattern. Eureka! Yet another example of serendipity working its magic in scientific discovery.

Sara quickly adapted her research aims to this light bulb moment, redirecting her efforts towards systematically retracing her steps to rediscover the pathway to her “mistakes.” She played with the parameters of the machines at the Melbourne Centre for Nanofabrication, tweaking and refining various settings, to reproduce the perfect imperfection. After a process of trial and error, she mastered the technology to produce two profiles from the same micropattern recipe- the standard sharp configuration, with vertical sidewalls, as well the novel diffuse configuration possessing curvilinear sidewalls. She explains that the sharp corners of the vertical sidewalls within the conventional micropatterned surfaces gifted bacteria with perfect hiding spots to shelter themselves against the flow of fluids which could wash them away. Sara hypothesised that by smoothing out these corners, the bacteria would be left with nowhere to hide. 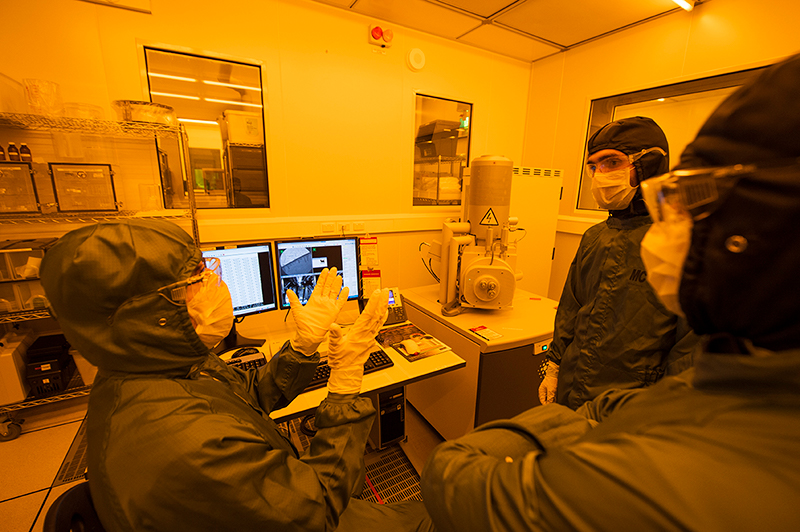 This hypothesis which was later backed by evidence. These novel diffuse micropatterned surfaces were incubated in parallel with three of the most significant culprits of healthcare associated bacterial infections, Escherichia coli, Klebsiella pneumoniae and Pseudomonas aeruginosa. Compared with both conventional sharp micropatterned surfaces and standard flat surfaces, Sara’s designs demonstrated a simultaneous decrease in both the number of bacterial attachment and microcolony formation.

Whilst these end results are promising, Sara confides that her experience as a pure engineer venturing into the unknown territory of the biological sciences did not come without its challenges. Having no baseline knowledge of microbiology, she describes herself feeling like a “bull in a china shop” in her first few days in the Lithgow laboratory. However, despite being given the option to focus exclusively on the fabrication aspects of the project, Sara opted to tackle the challenge head on. She describes the satisfaction of being able to track the process from ideation and fabrication all the way to visualising the effectiveness of her designs under the microscope lens. “For me, getting involved in both fabrication and microbiology experiments was something that just one mind in both disciplines could see and could handle and could analyse, I didn’t want to lose this chance.”

The unique, multidisciplinary learning environment offered at the Centre for Impact AMR equipped Sara with a newly found confidence and sense of career readiness. She shares “I added all those things that I learned in the microbiology lab to my resume and I have benefited from those things in my life.” For those interested in pursuing multidisciplinary projects, Sara emphasises the importance of not only learning but also unlearning. In addition to immersing herself in microbiology textbooks, she advises that

“being ready to remove your mind from all the previous things that you know from working in the lab is extremely important.”

Telescoping out and reflecting on her journey as a whole, Sara concludes “I’m very happy with the path that I actually went through during my research…at the end I really think that it was worth it, I’m really happy with all the things I learned.”