The Centre to Impact AMR was launched in February 2020. With a stellar team of researcher leaders on board, 2020 has proven to a great year for us. 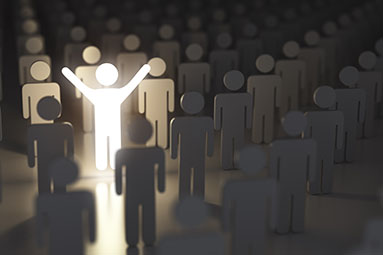 Professor Andrea Whittaker talks about tackling communication of AMR between scientists, farmers and the public as well as finding creative solutions for communicating about AMR across cultures and increasing the value of antibiotics in this podcast " the true cost of antibiotics" created by the JAMSpod team (LUCIE SEMENEC AND AMY CAIN).

Professor Andrea Whittaker speaks about the silent threat of AMR in the story "Superbugs on Track To Kill More People than COVID-19: Monash University Infectious Diseases Experts" picked up widely by media and radio.

Professor Trevor Lithgow speaks to JAMSpod about AMR, explaining that while new antibiotics are essential, research to preserve and extend the life of these Antibiotics is critical".

A/Prof Mark Davis, Dr Thomas Naderer, and Prof Ana Traven speak to Monash lens in a story that highlights that we must be prepared for the next potential pandemic- Superbugs: The Health threat that has failed to capture public attention

Centre to Impact AMR joined the Australian Antimicrobial Resistance Network- AAMRnet to foster relationships with leading industry and researchers to advance our agenda to reverse the evolution of AMR.

Professor Ana Traven takes on the role of Co-head of the Infection and Immunity Program at Monash Biomedicine Discovery Program.

Dr Simon Corrie and colleagues achieve a world first with a COVID test that works in 30 mins. Scoring an amazing 1345 hits on Altmetric!

Dr Mike McDonald finds that horizontal gene transfer of antimicrobial resistance genes can bend the rules of evolution. Publishing in PNAS and republished across many news media outlet. read the story here

Prof Lithgow published in Nature Communications about the use high-resolution imaging to uncover how viruses known as phages can attack and kill Salmonella Typhi, the causative agent of typhoid, providing scientists with a new understanding of how they can be used in the ongoing fight against antimicrobial resistance (AMR). read more here

A/Prof Chris Greening & Prof Trevor Lithgow collaborate to write a great paper for Nature Reviews Microbiology, that casts light on organelles, the internal compartments in bacterial cells that house and support functions essential for their survival and growth.

Prof Dena Lyras, published important work that describes how the devastating bacterial superbug Clostridioides difficile hijacks the human wound healing system in order to cause serious and persistent disease, opening up the development of new therapies to treat the disease. read more here.

Dr Jeremy Barr is interviewed by the Good Weekend about the potential of phage therapy,   is featured on  Sunday Science on ABC nightlife, and appears in another great story "send in the phages" by The Medical Republic.

Prof Dena Lyas and colleagues are helping solve the riddle of superbug toxin damage to the gut. Publishing in PNAS earlier this year, the study revealed that a bacterial superbug can prevent stem cells in the gut from carrying out their vital role of regenerating the inner lining of the intestine. This causes potentially severe disease, particularly in the elderly.

Professor Trevor Lithgow is awarded the Lemberg Medal from the Australian Society For Biochemistry & Molecular Biology for excellence in biochemistry and molecular biology and for significant contributions to the scientific community.