Superbug impact on the gut 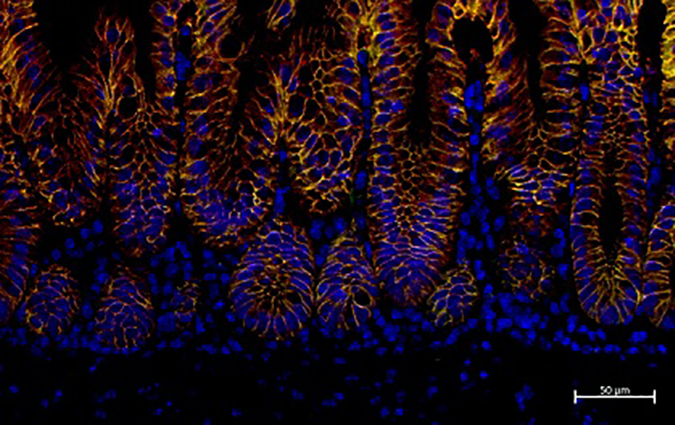 Monash University researchers have discovered that the devastating bacterial superbug Clostridioidesdifficile hijacks the human wound healing system in order to cause serious and persistent disease, opening up the development of new therapies to treat the disease.

Clostridioides difficile is the most common hospital-acquired disease and causes persistent and life-threatening gut infections – particularly in elderly and immunocompromised patients.

The infection is very difficult to treat, and often repeatedly reoccurs in patients even after they have been given powerful and debilitating antibiotics for many months. C.difficile is also highly resistant to antibiotics, which greatly complicates treatment.

A team based in the Monash Biomedicine Discovery Institute (BDI) found that C. difficile massively activates a human enzyme called plasminogen in order to destroy gut tissue and to help spread the infection throughout the patient. Ordinarily, plasminogen, and its active form plasmin, is deployed in a highly controlled fashion to break down scar tissue and help wounds heal.

“The results were a huge surprise, and revealed that the severe damage caused to the gut by C.difficile was actually caused by a human enzyme rather than a bacterial toxin,” said study co-leader and infectious disease expert Professor Dena Lyras.

Given their findings, the researchers decided to investigate whether potent antibodies developed by the team and that inhibited the plasminogen / plasmin system could be used to treat the disease.

“We found that an antibody that prevented plasminogen from being activated dramatically stalled the progress of infection and tissue damage,” said first author Dr Milena Awad.

The researchers now aim to commercialise their antibodies in order to treat a range of bacterial and inflammatory diseases.

An advantage of targeting a human protein in an infectious disease is that resistance to the therapy is far less likely to occur.

“The antibody could have broad utility, since the plasminogen / plasmin system is dysregulated in a range of different serious inflammatory and infectious diseases – for example, the plasminogen system most likely is a driver of the devastating lung damage seen in COVID-19,” said study co-leader and structural biologist Professor James Whisstock.

Read the abstract of the paper in Gastroenterology titled:Human Plasminogen Exacerbates Clostridioides difficile Enteric Disease and Alters the Spore Surface.