How HIV’s evasion tactics could help fight the flu 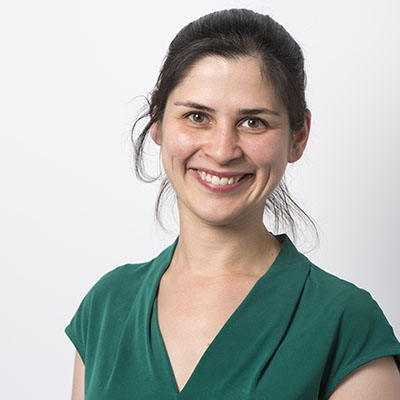 One vaccine. Lifetime immunity. This is the goal for thousands of researchers tackling one of the world’s most evasive pathogens – human immunodeficiency virus (HIV).

HIV has foiled both the immune system and vaccines. However, the success of HIV at evading the immune system is leading to vaccine research that may help tackle other illnesses, like influenza, hepatitis C, and mosquito-borne malaria, dengue and West Nile virus.

So how can the way HIV shields itself from the immune system lead us to make new vaccines for other infectious pathogens?

HIV hides from the immune system

HIV has a number of different tricks to evade the immune system. During an immune response to infection, antibodies normally lock onto a target on the surface of the virus to disable the infectious threat. To avoid this, HIV changes its shape so a known target for antibodies is hidden within the virus. Antibodies scan the surface, but can’t lock onto their target.

HIV can also adapt to mimic other proteins in our bodies. It is critical the immune system identifies and attacks foreign pathogens, but not target and damage normal cells. So when HIV changes its structure to imitate a normal part of our body, the immune system is tricked into leaving it alone.

By using these methods HIV escapes elimination. So, HIV is still responsible for a significant global burden of disease, with 1.8 million children living with HIV and 1.1 million peoplewho died of HIV-related causes in 2015.

The focus is now on developing a new generation of vaccines against HIV that teach the immune system how to make these rare antibodies.

Standard vaccines involve injecting someone with an inactive whole or part of the pathogen to form immunity. For HIV, researchers first need to identify the antibody best able to disarm multiple variations of the virus. Then, researchers will design a vaccination strategy to prompt the immune response to make that unique antibody. This may involve multiple injections with slightly different versions of the vaccine to guide the immune response.

Although this strategy will likely be tricky to implement globally, the benefit of being able to defeat viral evasion techniques will be a giant step in tackling this disease.

The good news for tackling other crafty pathogens

Vaccines that prompt the body to make these special antibodies may have broader implications for other difficult-to-fight infections.

The influenza virus can reemerge in a different structure to evade immunity formed during a previous infection; the malarial parasite produces hundreds of targets during an infection, which confuses the immune system, making it difficult to focus antibody production on the best target to clear infection; and dengue virus can manipulate the immune system to produce antibodies for the wrong target, with potentially lethal consequences.

There is now an intense effort to find unique antibodies that can overcome the evasion techniques of influenza, malaria, dengue and hepatitis C. To do this, researchers screen thousands of individual immune cells to find the most potent antibody that simultaneously disables multiple variations of each pathogen. There has been some progress; researchers have recently identified an antibody that can protect against all four versions of the dengue virus.

What are the barriers?

There are two main options for using these antibodies – giving them directly to patients already infected with a pathogen or using vaccines to prevent infection in the first place and perhaps one day eradicating the disease.

A number of hurdles remain for vaccine development. During HIV infection, the best antibodies can take as long as a year after infection to develop their power. Acquired immunity to malaria takes multiple infections and many years to develop, leaving young children in particular at risk of dying. It is not yet known whether we can design vaccines to speed up the process.

Immunity also works because immune memory cells are faster and better at fighting an infection before it can damage the body.

Despite these barriers, the knowledge gained in the past decade has made the once impossible task of generating vaccines for evasive pathogens appear to be in reach.