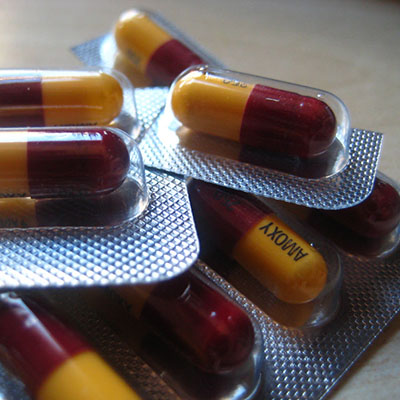 Only two new classes of antibiotics have been discovered since the 1960s. Image credit: Flickr/V

Claiming the lives of an estimated 700,000 people each year – and predicted to kill 10 million people a year by 2050*– drug-resistant superbugs are a major threat to public health worldwide. Antimicrobial resistance happens when bacteria, viruses, parasites, and fungi become resistant to medicines that were previously able to treat them. With only two new classes of antibiotics discovered since the 1960s, the race is on to discover new medicines, or redesign old ones, to fight these superbugs.

Monash Biomedicine Discovery Institute researcher Associate Professor Max Cryle’s work focuses on uncovering ways to redesign the drugs we currently have, or creating new ones, to destroy these antimicrobial resistant superbugs. Associate Professor Cryle said many of the drugs used in the clinic were produced by the natural machinery in bacteria, and couldn’t be mass-produced any other way.

“That’s because these drugs are made up of very complex molecules, and the natural machineries in bacteria that make them do it very well,” Associate Professor Cryle said.

“But the disadvantage of producing drugs this way, is that it makes it hard to change the structure of them and change the way they act. If we want to do that, then we need to understand exactly how the bacteria’s machinery works, and from there we can do some effective drug redesign.”

Associate Professor Cryle recently led a review published in the journalAngewandte Chemie, to help understand how a diverse family of natural products, called nonribosomal peptides, are made. These natural products are made by bacteria, and are the basis of many antibiotic, antifungal, and anticancer drugs. Associate Professor Cryle said the majority of the bacterial machinery that produced these key drugs was poorly understood.

“Trying to redesign these drugs without first understanding how the machinery works is like walking off the street into a factory that makes cars and trying to make a new model – you can change things easily enough, but more than likely you’ll just break the production line.”

In this latest review, the research team focused on a small protein that is the traffic controller of the production line, peptidyl carrier protein. The movement of this protein determines the eventual drug that is produced, but how the protein knows where to travel has been poorly understood. Associate Professor Cryle now has a theory to test about how the protein moves.

“It turns out to be a mixture of a very controlled process where the protein is physically moved, as well as a more random enzyme reaction process,” Associate Professor Cryle said.

“Now we can test our theory in future experiments. Once we understand this machinery better, we can work to control the process more, which will help us to design new drugs.”

Associate Professor Cryle is also a member of the Australian Research Council Centre of Excellence in Advanced Molecular Imaging.