Turning back the tide of Rheumatoid Arthritis 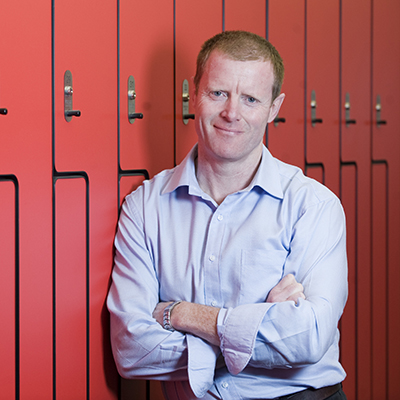 Evolutionary changes in genes linked to rheumatoid arthritis (RA) may be responsible for higher incidence and earlier onset in Indigenous North American populations.

An international team of scientists, co-led by Monash Biomedicine Discovery Institute(BDI) and University of Queensland researchers, embarked on research to look at why RA is more prevalent and severe in Indigenous populations.

"By using the amazing capabilities of the Australian synchrotron and the BDI, we were able to dissect the molecular basis for the increased prevalence of RA in native Americans" said Professor Rossjohn, ARC Laureate Fellow and Head of the Infection and Immunity Program at the Monash BDI.

HLA genes are used by the body to educate a person’s immune system to control infection, but in people with Rheumatoid Arthritis the process becomes confused, leading to an attack on the body’s tissues.

“Indigenous North Americans and Indigenous Australians share increased susceptibility and complications to some viral infections, such as influenza,” she said.

“We are now interested to determine whether the same high RA susceptibility exists in Indigenous Australians as in Indigenous North Americans,” Professor Thomas said.

She said immune cells responding to HLA genes in North Indigenous Americans were particularly cross-reactive, resulting in RA being more prevalent and with earlier onset.

“Understanding the genes and how they contribute to the cause of RA in the Indigenous North American population means that specific immunotherapies could be designed for this population in the future,” she said.

She said because RA was under-researched in both urban and remote Aboriginal populations, researchers were planning to undertake similar work to understand prevalence, severity, HLA genes and the relevant infectious responses in Indigenous Australians.

The research was published today in the Annals of the Rheumatic Diseases. Read the full paper titled Molecular basis for increased susceptibility of Indigenous North Americans to seropositive rheumatoid arthritis