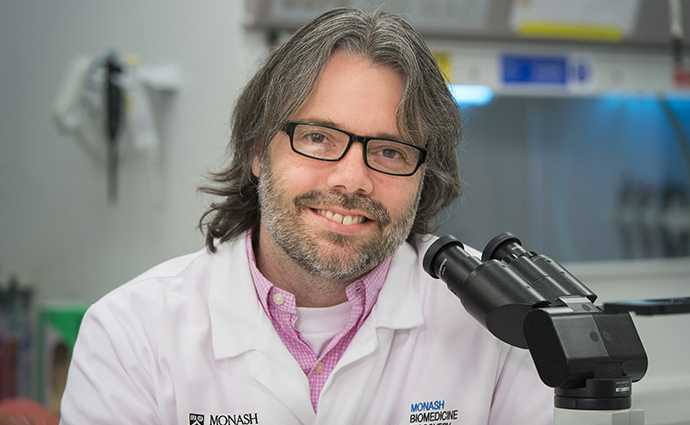 Cell Mogrify Ltd (Mogrify), a UK company aiming to transform the future development of cell therapies, recently won the ‘Disruptive Technology’ category at the Business Weekly Awards, in recognition of its novel bioinformatic platform, which is built upon a world-class multidisciplinary science. Professor Jose Polo from the Monash Biomedicine Discovery Institute (BDI) is one of the company’s co-founders.

Mogrify’s proprietary direct cellular conversion technology takes a systematic big-data approach (Rackham et al., Nature Genetics, 2016) to identify the factors needed to drive the conversion of one mature human cell type into any other without going through a pluripotent stem cell- or progenitor cell-state.

Mogrify’s approach can be faster and more accessible than iPSC-based protocols as it doesn’t require a license to use Yamanaka factors to induce pluripotency, it eliminates the need for a two-step approach involving reprograming and differentiation to allow for one-step transdifferentiation, and it produces mature cells rather than converting stems cells to progenitor cells via methods that mimic natural development, which can be slow and time-consuming.

Mogrify is applying its patented technology to generate IP and accelerate the development and manufacture of regenerative cell therapies across every therapeutic area.

“It is an honour for Mogrify to receive this award, as it recognises our mission to transform the future of cell therapy, and the work involved in developing this technology,” Professor Polo said.

Business Weekly’s ‘Disruptive Technology’ Award is presented to the company in any sector whose science or technology is deemed to be genuinely game-changing. The award was presented to Mogrify at the annual dinner held at Queens’ College, Cambridge on Wednesday, 20 March 2019.

This article is based on the original media release from Cell Mogrify.