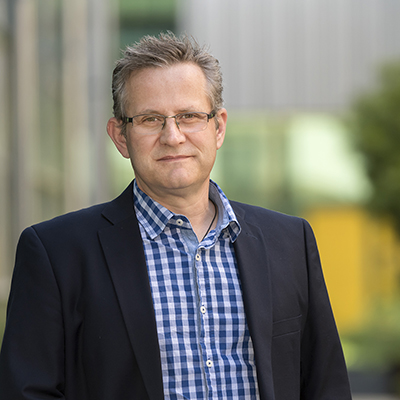 Cellular immune therapies are revolutionising cancer treatment and have been especially effective at combating blood cancers; now a team at Monash Biomedicine Discovery Institute (BDI) and the Peter MacCallum Cancer Centre, led by Professor Tony Tiganis, may have found a way to extend this therapy to the treatment of solid tumours.

The team’s findings were published on Thursday 5 December in EMBO Journal.

CAR (chimeric antigen receptor) T cell therapy takes immune-fighting T cells and genetically engineers them to give them the ability to target specific antigens, in this case tumour antigens.

“CAR T cells have shown remarkable clinical efficacy in the treatment of haematological malignancies, such as paediatric B cell leukaemia where clinical response rates as high as 90% have been achieved,” Professor Tiganis said.

“CAR T cells are delivering cures for people with such cancers,” he said.

“The challenge has been to make CAR T cells effective against solid tumours, such as breast and colon cancers.”

However, there are a number of challenges that limit the effectiveness of CAR T cells in solid tumours. Firstly, CAR T cells need to traffic to and infiltrate the solid tumour. Secondly, once there, CAR T cells need to overcome the hostile and immunosuppressive tumour microenvironment that inhibits T cells and progressively renders them ineffective, a process referred to as T cell exhaustion.

Professor Tiganis and his team demonstrate that these challenges can be overcome by targeting the enzyme PTPN2 in CAR T cells.

“This enzyme is a key negative regulator of T cell function, it controls the activation of T cells and their ability to acquire effector function,” he said.

By deleting PTPN2 in CAR T cells in preclinical models of breast cancer, the researchers were able to both enhance the trafficking of CAR T cells to the tumour, and sufficiently activate the CAR T cells to overcome the suppressive tumour microenvironment.

“So in effect, the deletion of PTPN2 supercharges CAR T cells so that they are able to eradicate solid tumours,” he said.

The study builds on work Professor Tiganis and Dr Florian Wiede have conducted at Monash University over the past 10 years exploring  the role of PTPN2 in T cells.

“We have shown that PTPN2 is fundamentally important in T cell biology. Its functions are reminiscent of those of immune checkpoints such as PD-1, the blockade of which has revolutionised cancer therapy. Our studies indicate that the targeting PTPN2 might similarly enhance T cell-mediated anti-tumour immunity and help combat cancer,” Dr Wiede said, who is now based at Peter Mac.

The research has been complemented by a study published recently in Nature Immunology by a group at Harvard University, which also shows that the deletion of PTPN2 enhances the ability of T cells to combat solid tumours, Professor Tiganis said.

Professor Phillip Darcy from the Peter Mac, a leading expert in CAR T cell therapy, was a co-author on the study.

“This approach has the potential to be transformative for the cancer immunotherapy field for the broad treatment of both blood and solid cancers that are currently refractory to conventional therapies,” Professor Darcy said.

The researchers will now work towards translating their findings to the clinic at Peter Mac, which is a world-leading research institute and Australia’s only public hospital solely dedicated to caring for people affected by cancer.

Professor Tiganis has a joint appointment at Monash BDI and Peter Mac.

The study was funded supported by Cancer Council Victoria and the NHMRC.

About the Peter MacCallum Cancer Centre

Peter MacCallum Cancer Centre is one of the world’s leading cancer research, education and treatment centres globally and is Australia’s only public hospital solely dedicated to caring for people affected by cancer. We have over 2,500 staff, including more than 580 laboratory and clinical researchers, all focused on providing better treatments, better care and potential cures for cancer.