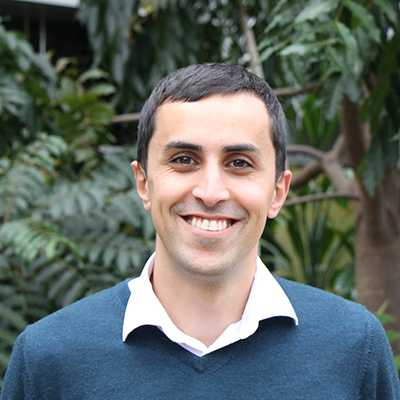 A former Monash Biomedicine Discovery Institute (BDI) student has won a coveted Vice-Chancellor’s Commendation for thesis excellence – one of only five commendations awarded each year across the whole university.

Dr Jaber Firas found out last month that he had been awarded the commendation for his doctoral thesis that sought to understand how one tissue type can be converted into another type without using stem cells.

“My research was working towards understanding transdifferentiation, which basically means you make the tissue more plastic to become something else,” Dr Firas said.

The collaborative research involved a number of projects including one trying to convert the tissue found in scars – fibroblasts – into nerves, and another converting skin cells into blood vessel cells.

It was part of the successful Mogrify research project published in Nature Genetics in 2016, which created algorithms identifying the protein combinations needed to reprogram one somatic human cell type directly into another.

“So instead of spending a couple of years of trial and error, this can be just a couple of clicks away on the website to give you the results,” Dr Firas said.

Dr Firas was part of the patent for Mogrify although he did not join the offshoot company, Cell Mogrify, co-founded by his PhD supervisor and Monash BDI researcher, Professor Jose Polo, to develop the research.

“It feels really good to be recognised by the university,” Dr Firas said of the Vice-Chancellor’s award.

“It took four years to do the research. A lot of the time you’re in the lab you feel alone so it’s nice to to recognised by others,” he said.

“Both awards wouldn’t have been possible without the support of my supervisor, Jose Polo, and Professor Jane Black from the Department of Anatomy and Developmental Biology.”

Dr Firas is now studying medicine at the University of Melbourne with a view to becoming a clinician-researcher.

The Vice-Chancellor award ceremony is yet to be held.