Calling all MAITs: teaming up to solve the intricacies of the immune system 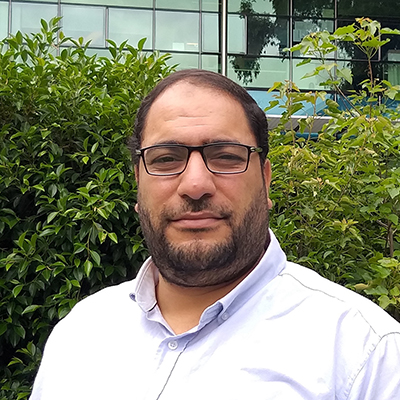 Specialised immune cells, called MAIT cells, receive activation signals from the immune system to fight bacteria. Without the right signals and guidance, they can contribute to cancer and autoimmune diseases.

Little was known about how signals were provided to MAIT cells, until now. Australian-based researchers have zoomed in on the molecular intricacies of the ‘go’ signal to learn how it is initiated and how we can boost it for therapeutic purposes.

MAIT cells sit in common sites of infection, primed to rapidly combat invading bacteria and yeast by recognising the presence of products made along the way when bacteria produce vitamin B.

Humans are not able to produce vitamin B, instead sourcing it from our diet. The presence of the building blocks of vitamin B in the body therefore signify the presence of bacteria and/or yeast as they must be coming from them rather than our own cells.

A protein called MR1 captures molecules that are building blocks for vitamin B2 (riboflavin) or B9 (folic acid), and other small molecules to hold them up as beacons for MAIT cells to detect – MAIT cells would not interact with them otherwise.

If a MAIT cell interacts with MR1 and riboflavin compound, it becomes an activated fighter for the immune system, but if a folic acid compound is captured by MR1 instead, most MAIT cells will not see it and do nothing (as though it were covered in an invisibility cloak).

It was this fine-line between whether or not a MAIT cell can see particular small compounds, thereby driving MAIT cell activation, that the researchers wanted to investigate.

Previous work by a research collaboration spanning the Doherty Institute, Monash University and University of Queensland revealed vitamin B as the trigger for MAIT cell activation.

Building on this foundation, the same research groups aimed to determine the rules that govern this activation process. They developed a suite of riboflavin derivatives to find one that provides the best response, potentially for use in therapy, in a study published today in Nature Immunology.

“Our aim was to learn how much the components of the antigen move around in solution and which ones are critical for sandwiching between the two target proteins to bind then activate the MAIT immune cell,” says Professor David Fairlie, a senior researcher on the study.

Miss Geraldine Ler, Dr Weijun Xu and colleagues in Professor David Fairlie’s research group at the University of Queensland synthesised and characterised a suite of small molecules as chemical variants of the riboflavin-based molecules that activate MAIT cells. Dr Alexandra Corbett and colleagues at the Doherty Institute then tested their ability to bind MR1 and activate MAIT cells. Dr Wael Awad and Professor Jamie Rossjohn at the Monash Biomedicine Discovery Institute zoomed in on the molecular interactions between MAIT cells, MR1 and the vitamin B derivatives.

“When MR1 captures vitamin B derivatives, they are mostly buried so that MAIT cells can only see a minute section that pokes out. It is therefore surprising that such a small part can drive either activation or inhibition, so we wanted to look a little closer,” says Dr Corbett, another senior researcher on the study.

“We investigated three essential properties of each compound: how long they last before breaking down, their ability to coax cells to put more MR1 on their surface so that they can call on more MAIT cells, and how the MAIT cells can see these MR1-‘go’ signals, resulting in their activation. We were able to discover the rules that govern MAIT cell activation, how MAIT cells discriminate between different vitamin B derivatives, and how we can better design potent targets,” she said.

“Here, a focused network of nano-connections termed ‘MAIT Interaction Triad’ fine-tunes this process between MR1, metabolite, and MAIT receptor. These discoveries could pave the way for development of novel T cell therapy,” he said.

“This study demonstrates the power of collaboration and the insights we can gain with inter-disciplinary science,” Dr Corbett said.

The more that is understood about MAIT cells and the nuances that boost or prevent their activation, the better they can be manipulated in the context of disease.

Amplifying MAIT cell responses to invading bacteria may help to control infections. In other contexts, however, MAIT cells can be destructive, such as in chronic infections and cancer. Being able to enhance or block them by controlling the visibility of riboflavin compounds and the “go” signals may therefore be highly beneficial for infection, cancer, inflammatory bowel disease, and a range of other diseases.

With this new insight, the teams of Doherty Institute, Monash University and University of Queensland researchers can now design drugs that either activate or block MAIT cells as new immunotherapy targets; potentially for a multitude of diseases.

Read the full paper in Nature Immunology titled The molecular basis underpinning the potency and specificity of MAIT cell antigens.