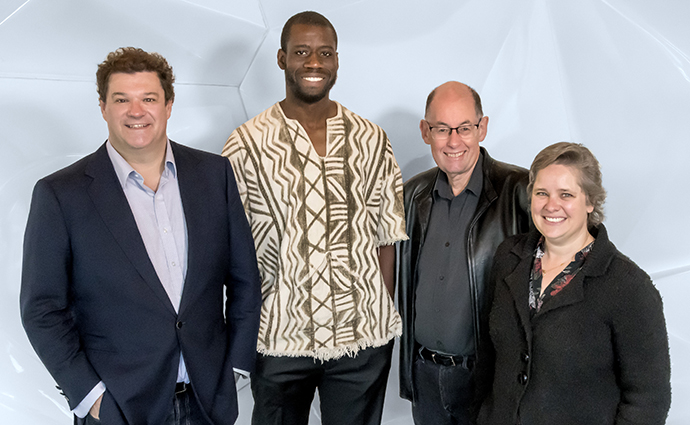 Bacteria are very sneaky in their efforts to develop resistance to antibiotics. Some strains of bacteria package up the genetic instructions for how they defend themselves and cause disease, and pass this information on to neighbouring, naïve, bacteria – essentially gifting their colleagues with the defences they need to survive against our medical armoury of antibiotics.

If that isn’t bad enough, the information transferred also allows the receiving bacteria to pass on the same information to others, meaning that the ability to resist antibiotics and produce toxins rapidly spreads from one bacterium to another.

Scientists at Monash University’s Biomedicine Discovery Institute and the ARC Centre of Excellence in Advanced Molecular Imaging, working with the Australian Synchrotron, have answered a key question about how a dangerous bacterium, Clostridium perfringens, shares its genetic information.

C. perfringens causes more than one million cases of food poisoning every year in the United States and causes the rapidly spreading, fatal condition ‘gas gangrene’. It is also an economically important cause of disease in chickens, sheep and cattle.

These findings were published today in Nature Communications.

When they initially identified the new gene the team searched international databases for information about how it might work.

“We couldn’t find any clues as to TcpK function anywhere,” Dr Traore said.

“It’s only found in C. perfringens and related disease causing bacteria, but is critical for the bacteria to spread antibiotic resistance,” Dr Adams said.

Firing high energy X-rays generated by the Australian Synchrotron at a TcpK protein crystal, the researchers were able to determine the 3D molecular structure of the protein.

“Our structural analysis revealed that the molecule resembles a universal DNA binding module called a winged-Helix-turn-Helix. This was the key breakthrough that allowed us to discover that TcpK works by marking the DNA for transfer to another bacterium,” Dr Traore said.

Dr Traore and his colleagues anticipate that this discovery will facilitate future research aimed at controlling the spread of antibiotic resistance and toxin genes.

Read the full paper in Nature Communications titled Crystal structure of TcpK in complex with oriT DNA of the antibiotic resistance plasmid pCW3.