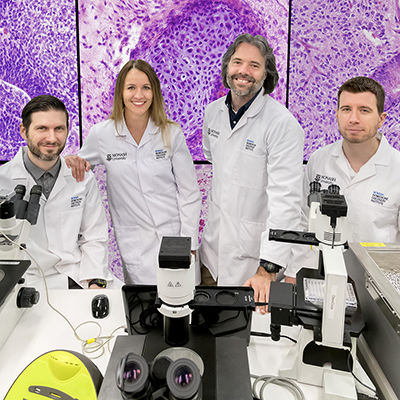 Cell reprogramming, in which one type of cell can be turned into almost any other type cell in the human body, is revolutionising medicine. It gives scientists the capacity theoretically to create any tissue to repair damaged organs such as the heart or liver, or for use in transplantation.

In 2006, the Japanese researchers who made the Nobel Prize-winning discovery of induced Pluripotent Stem (iPS) cells identified a set of four transcription factors as being capable of turning any cell into iPS cells. These iPS cells, as with embryonic stem cells, have the potential to produce any cell of the body, but avoiding the use of embryos or carrying the risk of being rejected by the patient’s body, a limitation of transplantation.

Yet more than a decade later it was still not fully understood precisely how these reprogramming factors work.

“You don’t need to know about mechanics to drive a car from A to B, but if something goes wrong or you want to improve the car’s performance, then you do need to know how a car works in order to fix or improve it,” said Associate Professor Polo.

Remarkably, and testament to the world-leading research being undertaken in his lab, two of Associate Professor Polo’s studies were published within a week of each other in highly regarded Cell Press journals, unearthing new evidence in this decade-long mystery, while a third related study was published late last month in Nature Methods.

The first study, published this week in Cell Reports, is the result of an international collaboration led by Associate Professor Polo and Dr Owen Rackham from Duke-NUS Singapore. It built on landmark research into iPS cells that Associate Professor Polo conducted in 2012 which described a ‘roadmap’ of what was happening in the process of reprogramming fibroblasts (skin cells) into stem cells.

“Before our 2012 study it was a black box about how the fibroblasts used for reprogramming became iPS cells – we traced the roadmap of what happened,” Associate Professor Polo said.

In this new work, the team found that the roadmap was not the same for every cell type.

Using fibroblasts, neutrophils (white blood cells) and keratinocytes (another skin cell type) from animal models, the researchers revealed that the route to pluripotency depended on the original cell type.

“Studying how different cell types convert into pluripotent stem cells revealed that we need to look through different lenses to comprehensively understand and control the process,” Dr Nefzger said.

The other study, published today in Cell Stem Cell, led by Associate Professor Polo and Professor Ryan Lister from University of Western Australia, unveiled how the reprogramming transcription factors switch specific genes “on” or “off”, or “open” or “close” them.

The Cell Stem Cell study provides an explanation of how these factors do their job.

Genes are part of the chromatin, a complex of DNA and proteins that form chromosomes within the cell nucleus. The scientists were able to explain the mechanisms behind a process in which the reprogramming factors go into areas on the chromatin that open and close.

“This has unveiled areas of the chromatin and transcription factors that previously we didn’t know were important in pluripotency,” Associate Professor Polo said.

“Now that we know they’re significant, we can study these areas in more detail and see what role they may play in development, regeneration or even cancer,” he said.

Co-first author, Monash BDI’s Dr Anja Knaupp added: “Through our molecular analyses we are now able to better understand and consequently improve the reprogramming process which is essential if we want to eventually move this technology into clinical applications,” said Dr Knaupp.

Associate Professor Polo said that such findings may pave the way in the future for tissues to be regenerated within the human body rather than in the laboratory, for the production of ‘synthetic cells’ with properties tailored to the needs of researchers or clinicians, or for the production of drugs that mimic these factors.

“Every layer we’re adding to helps us take a step forward,” he said.

Last month’s paper in Nature Methods characterised and established a protocol for creating a form of human iPS cells – ‘naïve’ cells - that most closely resemble the first cells of a human embryo.

The Cell Stem Cell paper was the work of Research Fellows and first authors Dr Anja Knaupp from the Associate Professor Polo group at Monash University, and Dr Sam Buckberry from Professor Ryan Lister’s group from the University of Western Australia.